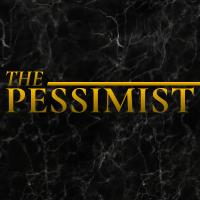 In Topic: Is it cool to paint the entire fuselage of a plane in black?

Suisse is the Swiss National carrier, and having operated from hubs in Geneva and Zurich for nearly a century its Edelweiss logo is recognized at major airports around the world. Previously one of Europe's largest airlines, Suisse went through a series of downsizing after 9/11 that left it without longtime flagships like the 747 and MD11. Having spent much of the 21st century operating a widebody fleet consisting exclusively of increasingly aged A330 and A340s, Suisse's order for a small armada of A330-900s signaled a turn away from the previous decade's contractions to slow expansion. The new deliveries NEOs were delivered in a new scheme featuring an updated depiction of the classic flower logo along with what marketing materials dub a "professional, sleek, and yet distinctly Swiss" colour palette.

Gruppe B | Federal Republic of Germany

Bayerisch is the German word for Bavarian, thus it seems an appropriate name for a regional carrier focusing on much of the South of Germany. The carrier's hub is in Munich and it operates a fleet of 10 Do328s. This livery is the second company aircraft have sported since the line's founding in the late 1990s. Rumor is that the carrier is in talks to acquire used Do328 Jets to increase the size and scope of its network

Not really false information. One guy adding a small update once a year means this is just some old side project for them

What we're getting may not be much but the bar for "not supported" is really quite high. Servers are still reset with some regularity and we're getting updates that improve the game. A lot pf work has and continues to go into running and developing this game. If nothing else, you get to use this forum as a home for your ill-conceived hot takes so consider being a little less of a little smudge

In Topic: Cargo and the CS-100ER and all the other fake aircraft are not accessible as...