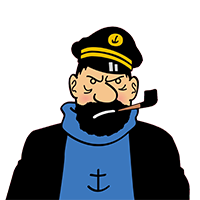 I'm here to announce that the deadline of this contest has been well passed and submission is closed.

However, since the number of participants does not meet expectations, I also need to announce that this contest is cancelled.

Thank you for those who participated, and a big apologise for not being able to continue this as planned.

I'd still encourage you to join other contests taking place at the moment, such as Edge's Private Airplane Challenge and Boing's Arabic Design Challenge.

I hope to remind anybody who's interested in joining this contest that the deadline for your submission is in 24 hours.

However, looking at the number of entries, the lack of enthusiasm is quite visible. I expected to receive at least six or seven submissions, but until now there are only three. I feel this is due either the challenge is too difficult or my idea is simply not interesting enough. I'm leaning toward the latter.

Should there is additional entry until the deadline, I believe it would be wisest to cancel this competition. However in that case, I will still provide comments to the already submitted entries, without the score.

I'm happy and proud to be in the top five. Thank you Edge for holding this competition. Congratulations to all winners.

Started as Kansai based Hien Air Charter in 2011, It slowly changed into a full-scheduled carrier with routes mainly to southern parts of the country.

In 2019, the airline joined Azuma group and strengthen the groups existence in destinations south of Kansai.

Also in 2019, Hien revitalised their fleet with the new Airbus A220-100 to replace a couple of Boeing 737-300s they had been using since the beginning of their establishment. Currently, Hien's fleet is three planes strong. The fourth airframe was planned to arrive at the end of 2020, but at the moment its delivery is postponed due to the Covid19 pandemy, and will possibly be cancelled.

Being a relatively new airline, Hien's airplanes sport no livery with the exception of one (JA357N) which carry a trial livery scheme unofficially called the 'Tsubame'. There's no clarity if the paint scheme will be adopted to the rest of the fleet, but to date, the remaining Hien's planes are still just plain white.