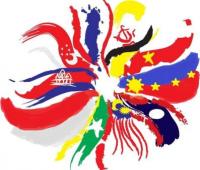 This is your captain speaking.

My name is Pras.

The other 2 airline divisions are not officially launched :

All the brands are under Registered Trade Mark by airlines08 in the Airline Empires community.

I was a CEO of Justo Asiano ® in World R3 Round 5 and assisted by our COO Hal.

Justo Asiano ® is proud to be a founding member of Nusantara Alliance ® and at the time our airline is also consider to join one of the official global alliance in Airline Empires.

Thank you for flying with us. See you on the next flight!