Im Carlos "Sujeto" Vargas. a Guy from Ecuador and Colombia. Virtual Airliner since 1989. (before internet and MMOs.)
Because i am post 35 years old, i have not a lot of time to full develop all, but always are a little time to play, design and enjoy this therapy for me. 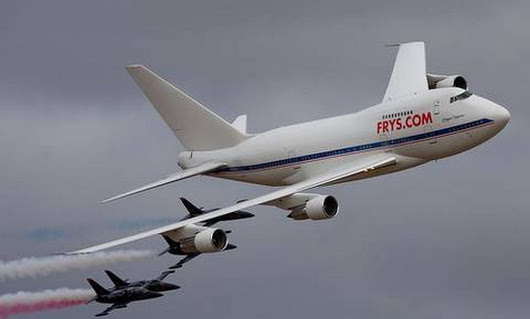 (Ignore the video, and hear the theme.)

i will try my best with time limitations

Yes is a real happening.

And could have negative impact in AE like reputation reduction and other type of difficulties. should be interesting.

In Topic: How to deal with aggressive competition?

Well , depending of my airline objectives i fell in a aggressive competition with some big airlines, small or starting.

¿is it funny? depending.

You first, must study the competitor airline to know

1 Some big airlines dont matter about of NON-TOP airports. AS example all airlines use ATL in USA, you will have hard competitors there always. You can look other airports in the airport list of you country.(In the exmaple) you could look for  MCO  in USA. If you are staring you definitively need to start in a MED size airport.

You could insist in TOP traffic airports but is so time demanding. And could be some capricious CEOS. Some CEOS dont matter about profit in those routes.
I usually desist of rough competition routes.
In some cases i insist only to low the prices enough to make it unprofitable then quit as war strategy. Big airlines with a lot of routes usually dont note when someone quits of the route and the ticket prices are low.

Check their favorite zone, I noticed all airlnes have favorite zones. And always are small free route spots for profitable routes.

When i start a airline i avoid competiton 90% of the time because low profits. I enter

2 If the CEO is not very active i recommend you insist in those rutes... There are (half of cases) old big airlines with no competitors in a while, they usually dont adjust ticket prices.
If the CEO is very active (your case) you have a problem because he is checking the red numbers in the routes list very often.

This link could help you to ckeck red numbers in your routes  ONLY if they change from green. ANd valid only for Y class.
http://ae31.airline-...asc&arr_dep=all

Some CEOS are active for 1,2,3 months, there are seasons where are full activity after that boom of activity usually they left less attend their airlines.
The TOP airlines are ACTIVE always in most cases.

3 Check what is the most used plane to know what kind of passager volume he uses.
A lot of BIG AIRLINES use BIG PLANES, to make BIG profits.
Maintaining a routes and competitors below red line is time demanding. If a determined airline uses a lot of 747s . You could try routes for 737s  or other lesser size aircraft.

You manage a REAL a like AIRLINE ,, that is more harder because you must maintain real and popular routes.

If you own a BIG AIRLINE you will deal without no escape with competitors. But you have some advantages:
- You have money to buy profitable planes.
- You have other income from other routes.
- You own GATES and TERMINALS with preference (this is hard to get for new airlines and it is costly)
- You may have strong alliance and bonus profits from connections.

Take in mind ... Small airlines have more time to take care of their routes than you.. they always have that advantage.

There are dirty competition tricks ALSO

Dont say that.  Competitors happen in real airlines man. And there are famous airlines and famous cases around the world because are strong competitors.

I told you : i avoid routes with rough competition. but arent all routes. I have my style to play with competitors i dont feel frustrating. I feel in same cases challenging. Is a matter of time. And a little psychological game, to exhaust the enemy with non profitable routes with less ticket prices. For they is time consuming to keep out the red numbers. You could attack with less frequency , your enemy will use their time to check more quicker that is good for him (yeah but) is time consuming, time that he could use to do other things. Time that dont use to bother you.

When i have a BIG AIRLINE i show the competitors "I AM THE BOSS HERE". and is satisfying when they go bankrupt or let inactive their airlines. (75% of the times in my experience) (Note: I did play with humans)
If the competitors are hard fighting for a route that i want: i usually left a small quantity of planes to maintain the route but with standard prices.

I hope your situation goes better.

If the airline goes inactive . Management will be revoked .