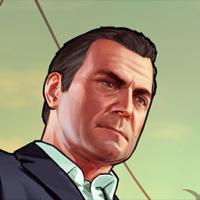 I'm an IT professional at the core of my career, but I am also an avid aviation enthusiast.

I like aviation, planes, airports, air navigation and all that may be related with the aviation so much that I've even worked for a mid size airline in US for few years.

At that time I've also started the flight school with a personal goal to obtain my own private pilot license. Sure, not to fly airliners commercial planes, but more for recreational and general aviation, to be able to fly a small mono and/or bi-engine propeller plane, like the popular Cessna or Beechcraft. I didn't finished the flight school because of real life stuff - mainly moving to another state and city and handling all that comes with a relocation.

When I have more time to be online, I am a virtual pilot, flying online along with thousands of other virtual pilots from all over the world using a flight simulation like Flight Simulator X (MS-FSX) or xPlane or other similar software applications. We usually fly on VATSIM and IVAO networks.