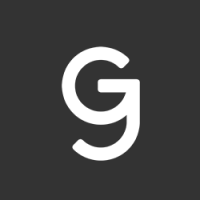 Hello. Welcome to my profile.

You probably already know me - but in case you don't - hi, I'm G.J. The guy who likes pretty much anything that moves. Also the guy who was a part of every single active alliance at one point. Also the guy with the cringey about me page and generic inspirational quotes. Also the guy who has a bit of a thing for Yakovlev's. Also done a few other things but I'm too lazy to list them off Have you run any profitable airlines in the game portion of AE?:

Grand West Airways was a large American airline that operated from 1926 to 2002, when it merged with Alden International Air Lines. It was initially founded in Tucson, Arizona, but moved its offices to Las Vegas post-World War II as the city continued to develop.

By the 70’s, the airline had hubs in Los Angeles, Las Vegas, and Denver, with Phoenix and Salt Lake City being focus cities.
After Deregulation in 1978, the airline’s growth stagnated, facing fierce competition from Alden, Sierra Pacific, and Sonoran West. This marked the beginning of the end for Grand West. Mis-management throughout the 80’s and 90’s put the airline in a precarious financial situation by 1997. That year, the company’s entire upper management was ousted, the worker’s unions enlisting the help of former executives from other airlines in a last-ditch effort to save the brand. However, it proved too little too late. The attacks of September 11th, 2001 and the following down-turn of the industry forced the airline to file for chapter 11 bankruptcy. It merged with Alden International Air Lines the following year, marking the end of the airline until its resurrection as Alden’s wholly-owned regional subsidiary.

Grand West was originally intended to be a stand-alone brand throughout its entire history, however I have decided to make the change to provide a unique brand with a unique story to a unique alliance. To accommodate this change, and to accommodate Atlas’s own lore, if accepted, and with the permission of the admins, Grand West will join the alliance in 1998 - missing the founding of the alliance in 1997 due to the airline’s financial woes and restructuring. I feel that this could make for an interesting reason why the alliance does not have an American founding airline.

The airline’s branding has historically been Native-American themed, the logo featuring the facial side-profile of a person wearing a headdress. The final livery, the 1994-2002 livery, displays an abstraction of this concept on the tail, with a zig-zag pattern accentuating the logo. The primary design of the fuselage also carries this theme, with a stripe starting with an arrowhead and ending in feathers. The livery is designed to invoke a feeling of modern-ness and freshness in the context of its time, reflective of the airline’s attempts to get attention and stay relevant in the eyes of passengers. The Native-American branding was chosen as Natives are often associated with the Western United States where the airline primarily operates and because Tucson, the airline’s founding city, was previously inhabited by natives for thousands of years. The logo’s unofficial name is ‘Chief Justice’.

A fun artifact of the airline:

When did you first join Airline Empires:

Do you have any current or former experience with Airline Empires alliances? Please list any alliances you are or have been a part of:

What makes you interested in joining the Atlas Alliance:

It’s a new group with an interesting take on what an AE alliance should be, and I’d love to be along for the ride.

What makes you think you would work well within the ranks of the Atlas Alliance:

I have a lot of personal insight on how AE Alliances work, graphic design, and aviation, and have been an admin in all alliances I have been a part of at some point or another save for DWA.

Who recommended you join Atlas Alliance? If nobody N/A:

Are you able to participate within the AE Gallery along with the Atlas Alliance Discord server:

Do you have any questions for the applications staff before the processing of your application?: