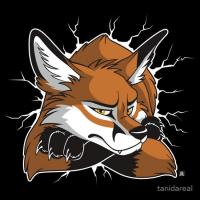 Seen this article, and I'm sad to hear the beloved C-series is getting it's name changed, but I am happy to see that there will be more potential customers which means my favorite aircraft could become one of the big boys.

How do you pronounce it?

What is the shortest mountain in the world?

I bet none of you know.

When I first started operating it, the airline had 737-300s and 737-400s. Now, the airline already had routes with these aircraft in use but for some reason I couldn't add any flights with the 300s in particular. Even on routes that already had them. I PMed the owner and he said that he could add flights just fine with both aircraft types. I also checked runways, political restrictions etc, but I found no reasonable explanation for this issue.

I have since phased out the -300s because of this and then I had ordered 777s to operate long hauls but then it turned out I couldn't start routes with those either.

Now the airline is rapidly losing money, and I hoped to revive it with the 777s. It had about 400 million a week ago(IRL) and now it has 176 million. Does anybody know what's going on?