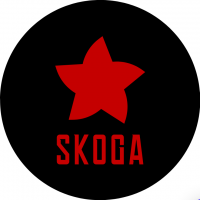 Aside from the ethical concerns, let's look at what this would really entail:

For a startup company, it would be a huge disaster. Not only have you lost one of your planes, but you would also have to pay out millions in recompensation, millions that most of us won't just have lying around. It would, in a sense, be a random and uncontrollable event that could potentially bankrupt your airline.

For larger airlines, it would hardly impact you. You lost a plane, so what? Just take one of your future deliveries and assign it to those routes, or, more likely, take one from one of your dozens or hundreds of idle aircraft by the time late-game has rolled around and just replace it. The recompensation payments would hardly compare to the crew or tax payments. Maybe your airline's popularity would be impacted, but that really wouldn't impact you that much; a good portion of everyone's income comes from routes with almost zero competition anyway.

But really, accidents are not something I really want to think about when playing a game. These events are tragedies that impact thousands of people, and should not be taken lightly.

Completely agreed. It would make the early game even harder, especially in the realistic worlds.

And it's just... distasteful, IMO.

I think it would be in poor taste to simulate that.

I don't usually use Boeings or Airbuses anyway.

In Topic: Best A300 replacement?

The Ilyushin Il-96, though it's longer range than you specified.