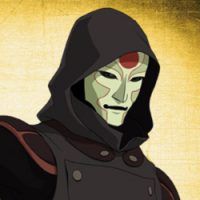 Recently, I built terminals in airports all around Europe since most of the airports are out of gates. On the build terminal screens, most of them said that I'm paying for all five gates, but, when I checked the monthly gate leasing cost page, I'm actually paying for just one gate. I just want to clarify if that amount of money is deducted from my monthly gate leasing for airports that I have a terminal in, or I'm actually paying for five gates, but it just shows that I'm paying for a gate.

As I like to plan ahead, I would like to ask which aircraft would be a good replacement for my fleet of HS 748 in the future. The current candidates are Bombardier Q400, ATR-72-600, and EMB-170. The aircraft would be used on routes from Luxembourg-Findel to various cities in Europe. I would list the pros and cons of each aircraft below.

If I missed anything or if you want to suggest a different aircraft, do not hesitate to tell me.

I thought it would be polite to introduce myself before actually posting in the forums, so I decided to create this topic. I'm Breakdanzkat, but you could call me "Carl". I love planes, especially the B777 and the A300/A310/A330/A340 family (Yes, I consider the four as from the same family because they all have the same noses and cross-sections). As for engine manufacturer preference, I prefer GE over Pratt & Whitney and Rolls-Royce for some reason.

Anyways, I actually joined AE about 2 weeks ago, but I never really had the time to post because I was either busy trying to connect every single city in the country I'm based in, which is Canada, or busy "analyzing" my competitors

. I currently operate an airline each in R3 and Rδ, both called "North Sky Airways". That's pretty much everything that I could share about me, for now.