10 replies to this topic

We could change it to having your valuation determine the max number of aircraft you can operate. But again, I don't know exactly what should be done. I just felt as if this must be brought to the attention of the developers in order to fix/stop this from happening in the future.

Just explain how this would be useful in anyway... if you have the cash to buy an aircraft what should stop you from doing it? (Unless there was an actual trade embargo on that type)

It just comes down to how profitable airlines are in AE, that leads to almost every airline having a giant pile of cash on hand after about 10 years, that makes mass leasing easy if the player has the time.  Best way to fix this would be to reduce profitability.

LOL he's talking about Me!

Here's a tip. If you want to be in the TOP, use 'nice' IFS and start your airline when the world is reset.

This sounds like the pot calling the kettle black. You should be respectful to people who use different models, even if it annoys you.

This sounds like the pot calling the kettle black. You should be respectful to people who use different models, even if it annoys you.

I do believe it can be annoying if someone is just hoarding planes and not using.  But if they are fully using them I see no problem buying them all up, it can also help clean up the used aircraft market space. 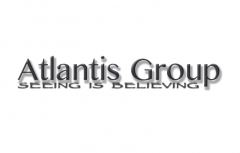 Some people buy extra aircraft and park them just so their utilization is at a certain number of hours.

I say buying up is just something that happens in AE. There is nothing you can do about it as it reflects reality

Also some airlines buy used aircraft to create new routes that will eventually be replaced by aircraft on order.

(Southwest and other similar low cost airlines come to mind)