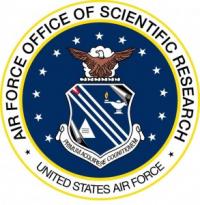 cyclingpilot hasn't added any friends yet.

I'm not sure where the AW's stats for the TU-204-300 came from. This variant was a shorter fuselage, longer-range version of the -100, but in this game has the same range but smaller payload and longer runway distance. Perhaps there was some confusion, since by some accounts there were actually two variants of the -300?

AE says the range of the -300 is 3821 miles (almost the same as the -100), and there are few good sources to indicate its real range. But in practice the aircraft is scheduled on longer flights, and it makes sense for a shortened fuselage with higher fuel reserves would be a significant increase over the -100, 5000 miles with payload according to one article linked below. Otherwise, why buy the -300 at the same price, but with fewer pax and longer runway requirements?

Flights to/from US Virgin Islands not domestic in AE

Hi, I just noticed that in the simulation, airports in the US Virgin Islands don't allow domestic connections (e.g. if my hub is in MKE, I can't start a new route from STT to a destinations outside the US). USVI are a US territory, so it should be allowed just like with Puerto Rico or Guam. I know there are only 4 airports affected, but just wondering.