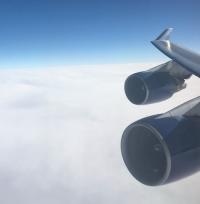 Do y'all remember when the Avion Airport Replay Discord was still active?

Fisher Aircraft is a relatively new entrant to the American aviation industry, based in Hartford, Connecticut near industry giants Pratt & Whitney and United Technologies (UTC). Its main base of operations located at Bradley International Airport (BDL) in Windsor Locks, CT.

Fisher began in 1986 in Windsor Locks as an FBO for Bradley under the name of "Fisher Flight Support," servicing corporate jets and charter flights which operated from the airport. In 1991, a small maintenance base was added for Learjets and Challenger business jets in partnership with Bombardier, which had acquired Learjet the year prior. In 1994, Fisher upgraded to become a Bombardier service center with full maintenance and repair services, leading to the renaming to "Fisher Aircraft Services & Maintenance." Over the coming years, Fisher expanded maintenance operations to include aircraft engines and avionics.

In 2008, Fisher made its leap into aviation manufacturing, purchasing the bankrupt very-light-jet manufacturer Echelon Aerospace from New Haven, CT (HVN) and transferring their operations 50 miles north to Bradley. As a result, the Echelon 100 jet was renamed to the Fisher Ultimate 100 and Fisher was renamed again to "Fisher Aircraft Manufacturing," which ultimately led to the termination of maintenance services with Bombardier. Most recently, Fisher focused on upgrading, upselling, and enhancing the Ultimate 100, with modest deliveries beginning in 2011 and onwards after the effects of the Recession fell off. As of 2014, the Fisher Ultimate 200, a re-engined and upgraded version of the Ultimate 100, is offered for sale.

Today, however, a brand-new factory for a new aircraft line is being constructed at Bradley, at 650,000 square feet. An additional facility for aircraft production in Massachusetts, Connecticut, or New York is currently being studied. Fisher plans to release a new 80-100 seat regional jet concept, dubbed the "Regional Jet of the Future," shortly. Specifications, however, are unknown at this time.

Not picturing what you're trying to say here, sorry man!

The so-called "dorsal fin" is the extension of the tailfin outwards, found on the 737-300 and later.

Presently, the dorsal fin has been painted blue. Thus, a blue extension is seen.

Here, the dorsal fin has been left white. As a result, only the main part of the tailfin is painted.

Try changing your livery such that the tail leaves the dorsal fin (mostly) white, with an adapted curve.

Try curving forwards without painting the dorsal fin on the tail and see how that works.

Hello, my in-game airline is Key West Airlines. If anybody is willing to give some feedback on this livery that is much appreciated.

As a livery, this kind of stands out to me. The color choice (salmon and blue, contrasting colors), font (something default), and logo (a generic beach scene) don't especially strike me as well-thought-out.

In terms of coloration, Key West should either follow the Floridian standard of bright tones (red, orange, and I guess salmon), or take advantage of its surrounding by water and go for cool colors (blue, teal, aqua, etc.). Mixing both together leads to clashing, although there are some rare circumstances (America West, for example) where it just happens to work. I'd recommend the website coolors.co as a place to find numerous complementary palettes, although I should note that not all the colors they suggest actually look nice on planes.

For the font, the late 90's had what I'd call "the Last Serif Standing," as well as the "Sans-Serif 101" period. Many airlines either brought out the last and best of serif designs (United's Battleship Grey, TWA's final livery, Delta's "Wavy Gravy," etc.) or experimented with sans-serif fonts (Swissair's final scheme, Japan Airlines' "Arc of the Sun" livery, Sabena's final scheme, etc.) around now. For Key West, the American trend of a serif font would be nice to see here, but in a darker and more noticeable color than salmon (try looking at Oggey's "Independence" for reference).

The logo may be what I have the most qualms about. It's generic, uninspired, and the fact it needs to be cut into an ovular shape proves its misplacement on an aircraft. Key West may be known as a vacation destination, but beaches don't tend to do well as logos. I'd recommend making a simple palm tree logo instead, or making a wordmark logo with "KW" somewhere in an Air Florida-esque livery.

The livery you presently provide isn't great, but it's a good start towards making a refined, time-applicable livery. I'm excited to see what you come up with.