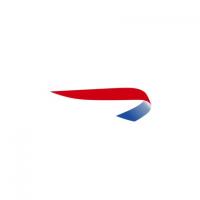 I spend much of my time in a long metal tube with gigantic metal wings and two very loud metal hairdryers attached.

Same as what FearOfFlying created. Please can we stay on topic, this time?

An easy starter, I think...

Let’s face it, our online community is falling apart. Every time, someone gets blamed and we think the fighting’s over, but then it breaks out again a few months later. I understand that I, like most forum users here, am not blameless in this. I also understand that this will be very controversial. However, telling us all off has not worked so this is the only option which I hope with lead to a permanent resolution.

As far as I see it, the forums can be divided into a few “sects”. These are not concrete, many users will fit into more than one. It have only done this for the purposes of this thread, I’m not trying to divide users here, just foster understanding:

Players: People who only play the game. They are of little consequence to this thread.

Regulars: Been here a while and quite active.

These are vital to the points which I am going to make. Once again, I have only divided these for the purposes of understanding. Before I start, names will not be named. Please do not name names. It will only start more arguements. Here are the problems:

Some of us spam, some of us play peoperly, some of us do both. Rather than arguing about which is best, state the pros and cons of your play style when it is necessary to do so. How about we don’t have massive rows about spammers being too unrealistic, realistic players being too sensitive, and you-know-who breaking the server.

Members of the different sects spend a lot of their time socialising with members of their own sect. This could be a non-issue, except for a few members of each sect, and sometimes the whole sect, who have massive arguements with others about behaviour.
Veterans might complain that newbies are spamming, or being annoying and rude. As veterans, it is your role, as long-standing members, to explain to them that what they are doing is wrong, politely and calmly. Please don’t get angry.
Some veterans also often look down on regulars as less important, as they haven’t been here as long. Rather than cutting them out, try welcoming them and helping them to also grow as members.
Regulars, the same applies to you as to veterans, with regards to newbies, why don’t you try helping them, rather than getting annoyed.
Newbies, please remember to respect the experience and seniority of the veterans and, to some extent, the regulars. They have known the game for longer. Cooperate calmly, rather than arguing about who is right. Also, please do not complain about the breaking of rules which are not broken, try to do some research first.

The alliances are great communities of different members, both in and out of the game. However, there is a lot of rivalry and lack of cooperation between alliances, many of whom consider themselves to be of a higher callibre than others, often based on membership.
Instead of this, why don’t we try joint games, cooperation, and friendly competition between all alliances?

There is a great difference between an established member being trolled by someone who they know well and a newbie being trolled badly by another member, which could scare them away, something which the majority of us do not want to do. Please be mindful when trolling, it will improve relationships between all of us.
There has also been some trolling by some members of certain sects on members of certain other sects. Can we not, please?

Children are not always the most mature and sensible people. Instead of arguing, maybe we should try explaining to them, giving them suggestions or a mentor, or simply ignoring them until they grow up?

Once again, I understand that I am not blameless in this. I have trolled where I shouldn’t have and lost my temper countless times. However, we all need to work to get on better with each other or this community which we are all a part of will implode when the mods have had enough.

Though this thread may be seen as controversial, I would like to ask you to civilly post your thoughts below on how we can save our community. Please do not start a flame war, as has happened so many times before. If someone does, I would completely agree with the thread being locked.

Airline Description: New Zealand’s premier airline, with an extensive domestic and international network, flying to almost every licenced airport in New Zealand, and destinations throughout the Americas, Asia, parts of Europe, the Middle East, Northern Africa and South Africa (Nation). We also operate an extensive Trans-Tasman and domestic Australian network.

Why azure? Zipp is my trolling sensei. Seriously, though, Azure has some of the most well-known and respected members of AE and what looks to be one of the closest sub-communities on this site. I would love to be a part of it.

What can you contribute to the azure community? Apart from continually annoying Marb, I have particular experience in managing airlines based in New Zealand, Australia, Malta and Iceland. I also have skills in web design and have a good understanding of the real-world industry due to my real-life job.

Why should we accept you? I am human, I am not Denver, I am over the age of 18. Other than that, I am interested to get to know more people on this site, as I feel that, in my year on here, I have not integrated as far into the community as I would have liked, and I’m hoping that you’ll help me to change that.

So, you think you can design, do you? Think you’re a dab hand with logos and liveries, do you?

Well, let’s face it, the Cityhop banner was not designed by someone who falls into these categories. It was designed in a hurry by someone who is now inactive. I have no shame, therefore, in opening this competiton to anyone and everyone who thinks they can design. All entries will be considered:

To enter, simply design a logo, favicon for the forums, forum banner (preferably a range for diffierent forum pages), and signature banner. Then, post them all below, or send them to me in a PM. You can upload using Imgur or the built in image uploader.

If you don’t want to design all of them, that’s fine! If you win, designer will be chartered to create the rest in your style. However, it would be preferred if a person could create a design for all of the above.

Remember to have a common theme, and get designing! Closing date: 1st of April 2018.

We should have an AE worldwide hangout for those of us with a South American Citizenship, as stated in the previous thread. Vote above if you are South American and would like this created.