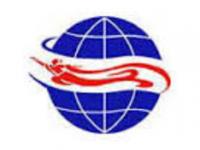 Zaedin1 hasn't added any friends yet.

Again, I think you should listen to the advice of Zipp.

Don't use a russian aircraft in the USA. simple

In Topic: R0 is Broken

R0 is currently recalculating so many routes that I have to use my phone to access it to stop 9 Air from killing my Xi'an Hub.

It's not a great start when you spell alliance incorrectly...

Terminals increase the amount of gates you can own, without the need to lease each one individually.

World R6 is already a server that only lasts from 2000 to 2030, which is long enough of a server where you can play around with all the new aircraft such as the A320NEO and the Boeing 737 MAX Series. Also I believe that the Boeing 777X isn't in the game until some more specific specifications are revealed to the public.