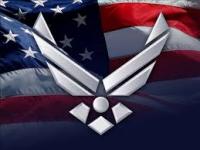 Weather has a huge real world impact on aviation. What good is a hub, terminals, and billions in aircraft... If a major airport is shut down, or reduced to a weather category that renders it inefficient? Chicago O'hare (KORD) is a victim of this commonly in the winter; making it a great example. A huge airport that can be brought to a grinding halt for days. This would introduce a new aspect of efficiency to the sim. Real world/real time data would be great. Simulated wx would work just fine. It would merely add another layer to the sim.

To implement wx in the current system would be easy. Add conditions at airports. Assign wx catagories. Create modifiers for the categories.(Basically, weather penalty). Apply modifiers to rate of flights on route. Arriving or departing an airport who is atmospherically affect will reduce the amount of flights; If Arr/Dep airport is in closed condition, no income will be earned until the airport has re-opened.

This would be a very simple wx system. Again though, it would add a new layer of realism. In real life the effects of wx are much more drastic. Turbulence and icing can cause delays when the aircraft needs to be routed around it. Delays and closures on the ground. Visibility has a lot to do with the rate at which planes can land. Morning fog, is enough to reduce visibility conditions to a slow category.Just a suggestion. Looking at some of the things coming down the road, the realism seems to be going in the right direction. I must say, I am truly excited about cargo. ^^

I am sure this has already been asked and addressed. I am having a hard time finding it though... So thank you in advance. What are the mechanics for routes? In example: Can I start a plane somewhere other than my home city? If KJFK is my home and I buy gate in KSYR, Can I start a route from KSYR? Or do I need to send flights from KJFK first? I am a new player. I am picking up the basics easy enough. Some of the advanced mechanics of the game are not as easy to pick up. I ask because I have aircraft with hours, range is good on the aircraft, I have gates and yet I do not show any available aircraft to fly routes. Now if I fly to secondary gate, am I able to fly out? I am not sure how that works either. Do I just fly once and then I can fly out up to hours left available? Or do I need to fly to the secondary as many times as I wish to fly out? (EX: 1 lease for 50 gates at KSYR. Must I fly to KSYR 25 times to fly to another secondary from KSYR 25 times?). Any information would be awesome. Also feel free to share any other advanced game mechanics. I am trying to learn but finding the information I am looking for can be difficult. Thank you.