Just go onto "guides and reference" the top of this page, and if you hover over it you'll see "FAQS", click on it. It's the second question on there, and that page is pretty decent for giving you a basic grasp of stuff like that.

What is different between spamliners and serious players?

A serious player could run a spamliner or any sort of carrier to be honest. It's just that some people view spamliners as an annoyance that stops them and others from running a slightly more realistic airline (especially in terms of how many seats they provide in relation to demand). For example, a spamliner could try and take over your route, but instead of offering either a slightly cheaper ticket or better ifs, they just stick multiple flights on to the point it massively exceeds demand. To make it worse, many stick the price at $1 as well to basically render your flights empty. The reason it works is because the connecting passenger mechanics are sort of broken. So I can sort of see why people do get annoyed at them.

In Topic: Is this legal?

Remember, Oman Air Paid $75,000,000 for a morning slots in Heathrow from Air France-KLM for extra flights to Heathrow.

Let that sink in.

My suggestions. An Airlines should be able to hoarding as much gates as they want, this is the most realistic scenario.

Some of the slot prices are absolutely absurd at major airports and I tbh I can see why your idea a good idea, but if you wanted realism then that'd mean any slots not used would be sold to another airline like irl. However, in AE the same airline can instantly lease back the gates straight after they are handed back due to lack of use, so that's what created the issue raised at the start of this thread.

In Topic: Is this legal?

There are some airlines who basically lease the whole airport which only has 10-20 gates. This is very unfair for players not from that country. And moreover it is in Realistic Worlds. Shouldn’t there be a 50% gate limit imposed? Amritsar and Pune are great targets for this very evil and unfair strategy to drive away competition. I am not trying to criticise people here but if I do I am sorry.

You do have a point, as this does come across as quite unfair, though if the airport in question is very expensive to build a terminal at, it may be the only way they are able to continue to expand at a decent rate if that airport happened to be their hub.

In real life, Airlines like British Airway holds majority of the gates in London Heathrow, JAL and ANA holds majority in Haneda and Narita. This is extremely realistic in real life. Putting 50% restrictions would make the game unrealistic.

What you're saying is also a very good point, as airports will usually be dominated by a single airline, though not to the extent where it turns into a complete monopoly. However, I think the main point of this topic wasn't for those large hub airports with many gates, as airlines are only able to lease up to 5 gates at an airport in realistic worlds (15 if a hub). This means that at airports with 15 gates or less an airline could easily just lease out the airport. I'd say that the ideal situation to this would be to put a percentage limit on gate leasing for these smaller airports, which is the standard system used on the open worlds.

However, I wouldn't expect anything like this to be implemented soon, as if the game were ever to be developed further there would probably be things of much higher priority than this.

In Topic: Name an airline who you've flown with who you think nobody else on the fo... 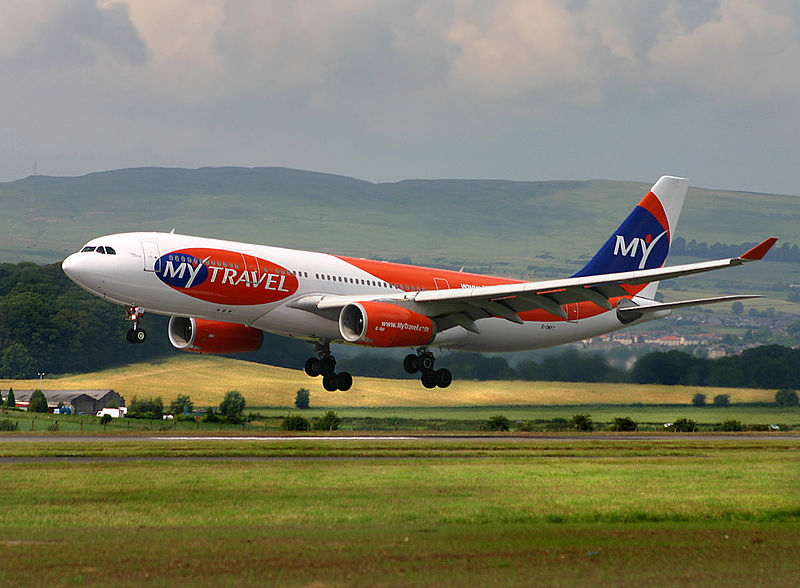