Really exciting development! Thanks for all your hard work on this. I've noticed some interesting routes in the sandbox world that seem to have really low demand contrary to what I'd expect. I assume these routes are still being adjusted but will there be a forum similar to the new aircraft requests where we can provide data/report potential inconsistencies?

Who is in charge of aircraft additions here now?

Have been collecting data for the Mitsubishi Spacejet and Cessna SkyCourier but not sure if it's worth compiling.

In service with CapeAir as I type this.

Yup! Cape Air has a few of them flying now

Maine New England Air (MNEA) founded in 1940 with a handful of DC-3s and Grumman G21s flying to the Cape and Coast of Maine from Boston and Portland respectively. As the airline grew it began interstate and international flying with Convair CV-440s in 1953. MNEA prides itself on its wide range of destinations throughout New England and its high frequency service between Portland-Boston-New York City. MNEA's logo features the white pine which is common throughout New England and 6 Stars, one for each New England State; Maine, New Hampshire, Vermont, Massachusetts, Rhode Island, and Connecticut. The colors also come from the flag of New England and the ocean which is close to the heart for many New Englanders. With the jet age fast approach Maine New England Air has its sights set on growing to service the Mid-Atlantic and Midwest. 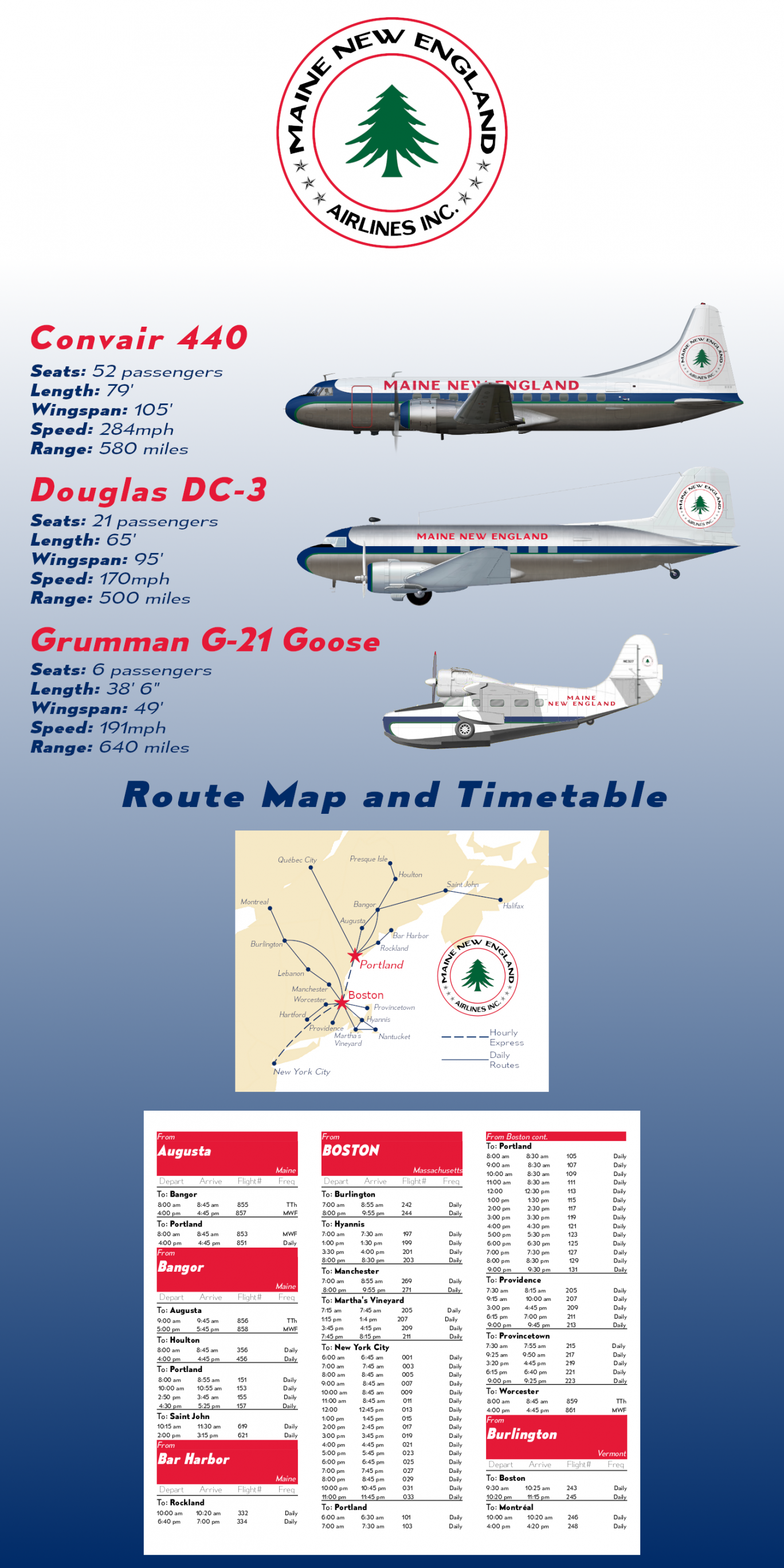 A big thank you to Med and POTKC for their awesome templates! Thank you for your great work!