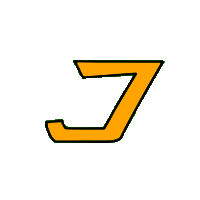 Why don't people use Concordes?

Why don't more people buy Concordes? I have managed to make all but one of my 53 Concordes profitable (averaging $1m-$2m/month) on my Airline in R4 (http://ae31.airline-...e3r4&player=276). although I do admnit I am using a profitable IFS, they are still completely viable; and fun in the roleplay sense. I operate all my Concordes from URC (Urumqi), only putting 1 aircraft/route (unless domestic and sufficient demand for 2), even flying at their max range - Where IFS is less profitable due to lower frequencies - they make atleast $175K/day. This is ofcourse without competition. However, due to not equaiting my seats to demand and having higher rep due to increased frequences Concordes provide, I still fill them up on most competitive routes, despite having default prices. The one Concorde I have that doesn't make a monthly profit is flying URC-DXB, and is making $111k/day. It loses about $900K monthly. However this is because the route is highly contested. My second lowest profitiing Concorde is making $135K/day, or $200K/month. I figured that if you want to break even with a Concorde, you have to make around $134K a day; which is definitely not hard. With this, I don't see why people dont add Concordes (or atleast in vast quantities) to their fleets, as they can still make a bit (yes, admittedly less than usual) of profit from them. That little bit of profit is of course better than none.

I've also experimented with using Concordes as a separate Bis/First class servicer, fitting only Eco to other planes and filling the demand on routes with flights from both. Ive found that this configuration makes slighly more money than My 3 class ones. Might be a fun application for it; considering faster travel times as part of the premium of a premium seat. Cool concept in my opinion.