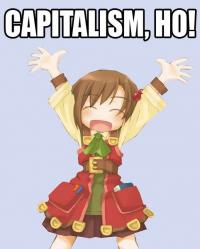 ZarethKnyght hasn't added any friends yet.

Perhaps this is only in non-open worlds, but unless I'm flying from ATL, there will always be at least 5 routes with more than 200 demand and none to very little competition. YYZ and HND are among the biggest airports in their countries, so you can expect to meet competition. Flying between secondary european airports I can connect a least 50 airports using daily+ E-Jets without ever meeting competition.
ATR are quite efficient and cheap turboprops in the 50 - 78 passenger range. You'll find them where it says 'ATR'. Shorter flights make more money than longer ones.

I'm going to be trying this approach whenever I get onto a new server next. Aim is to see how much I can make with smaller planes and smaller locations.

Many "veterans" started their airlines with ATRs; if you can fly A380 ATL-LHR from day one, I guess you are far more skillful than the veterans.

See, I'm new. I'm not sure what ATRs are. Also not all the veterans start in ATL and if they did, they should already be fighting with others to flight routes. Not really sure what your point is.

And just because inactive routes are regularly freed doesn't mean there's no competition for it. At least not on worlds with over 200 players. Maybe it's just the open worlds or servers that have a lot of people that's like this. But so far, any route that has more than 50 demand, has someone flying that route. I've tried starting from Toronto (YYZ) and Tokyo - Haneda (HND) so far. Unless there are a lot of details not being said, there's been competition to go pretty much anywhere.

In Topic: How to Pay Back Bonds?

Ah. The bond payment date must have been on the payroll date. That would explain my warning and sudden drop in money.

In Topic: How to Pay Back Bonds?

In Topic: Calling on New Players

I would like to get an analysis of how I'm doing too if that's ok. PM or just reply here.