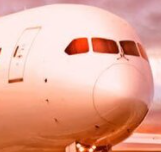 I'm da_Master_Airliner. I going to tell you about myself. I am....

The real emperor of AE (Discuss that amongst yourselves)

Your not going to find a more friendlier guy.

Member of the coolest game ever!!

Favorite destination to fly to is Alaska.

Proudly live in the USA!!!!

Trying to make the coolest liveries is my passion.

Member of the coolest alliance on AE ever in existence!!!!

I didn't know what aircraft you operated so here's a 707 and a DC9. Hope you like it!

do you have a logo by chance? If you don't I can make one if you like.

In Topic: The route map doesn't work and my 1 aircraft has disappeared?

your plane might not show up because of political restrictions. or because the runway is too short for the aircraft. or the route is out of range for your aircraft.

Fly Kuwait was founded in 1988 by a British millionaire who owned a bank in Kuwait City. But after a few years of general route fleet expansion the country of Iraq invaded Kuwait. During the Gulf War; Fly Kuwait suffered substantially as all flights were grounded. But after the war ended another airline called Air Kuwait had collapsed and they sold to Fly Kuwait for about $18 million dollars. The airline after that continued to grow and grow till it had a fleet of about 100 aircraft. The airline also grew to be the second largest airline in Kuwait (Behind the flag-carrier Kuwait International Airlines). But in 2020 with the pandemic the airline faced may tough choices particularly with routes to China. So Fly Kuwait closed all flights to Shanghai and Beijing. And then January of 2022 saw the airline open flights to Canada and to New York City. And now they plan on expanding to Chicago and order 10 787-8s.