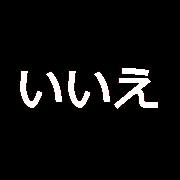 1. Why are the demands so wrong?

2. Why do you all reject the requests?

[MIXED] A few good ones

A few good aircrafts. Past, present and future ones.

Make your own aircraft

I got inspired by my uncle. Why not make a feature on AE to make custom Aircrafts? Just really expensive. Better stuff, more cost but more reputation. Plus, if you make one, your aircraft shall be cheaper to you than for buyers. If you make one, you can set the price and get profit but if people like to buy it and if your AC price is more than the material price. Who is with me?

It seems like it has happened again. You know. Ending at 2015 but instead it is still going on and at 2016. I know Yuxi needs to do it. But, he was around during 6 am GMT8. Why don't the other worlds get over the top bars?

Hello everybody. DPRK Airlines is flying good. But it only flies to Beijing and Tokyo. Any good routes?