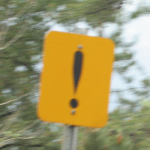 Viennair is an Austrian regional airline founded in Vienna in 1995. They initially started operation with 2 leased Saab 340s operating a network of routes within Austria. In 1997 they began operating flights to neighboring countries using newly acquired Saab 2000s and more secondhand Saab 340s. The airline continued to grow throughout the early-2000s firmly establishing it's self as the leading airline in Austria for European flights. By 2004 the airline was ready for longer routes and inaugurated flights to Tel Aviv, Moscow, Iceland, and Egypt using Boeing 717s. In 2008 they placed on order for 9 Airbus A319s to supplement the 717s on the longer routes and to increase capacity on shorter ones.

There are rumors of the airline being in talks with Airbus over a potential A220 order, but nothing has been confirmed.