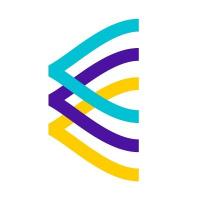 In Topic: What do you think is the hardest country to operate out of?

Can't use that country as your answer. Liechtenstein doesn't have its own airport.

Iluna Aviation Inc., operating as Iluna, is an American low-cost carrier (LCC) based at Daniel K. Inouye International Airport in Honolulu, Hawaii. Its origins trace back to 2005 when Lion Coffee founder James Delano proposed a new carrier under the name FlyHawaii Airlines, which would have operated low-fare inter-island services within Hawaii but shut down before it could commence operations. After a new group of investors led by former Sun Country Airlines CEO Zarir Erani acquired FlyHawaii's air operator's certificate (AOC) in 2019, the succeeding company known as Iluna would be born. The name "Iluna" is derived from the Hawaiian words i luna meaning "upward", and the airline's logo is a nene, which is Hawaii's state bird.

Iluna originally planned to commence operations in the second quarter of 2020, but the onslaught of the COVID-19 pandemic forced the airline to delay its debut until September 13, 2021, when its first flight from Honolulu to Kahului was launched; its maiden flight was operated by an ex-Air New Zealand ATR 72-500. The airline also seeks a future expansion of its operations to the western continental U.S. in mid-2022 to 2023. Flights to the U.S. mainland would be operated with extended-range Airbus A321LR aircraft, while inter-island flights would be flown by lower-range Airbus A320 and ATR 72 aircraft. 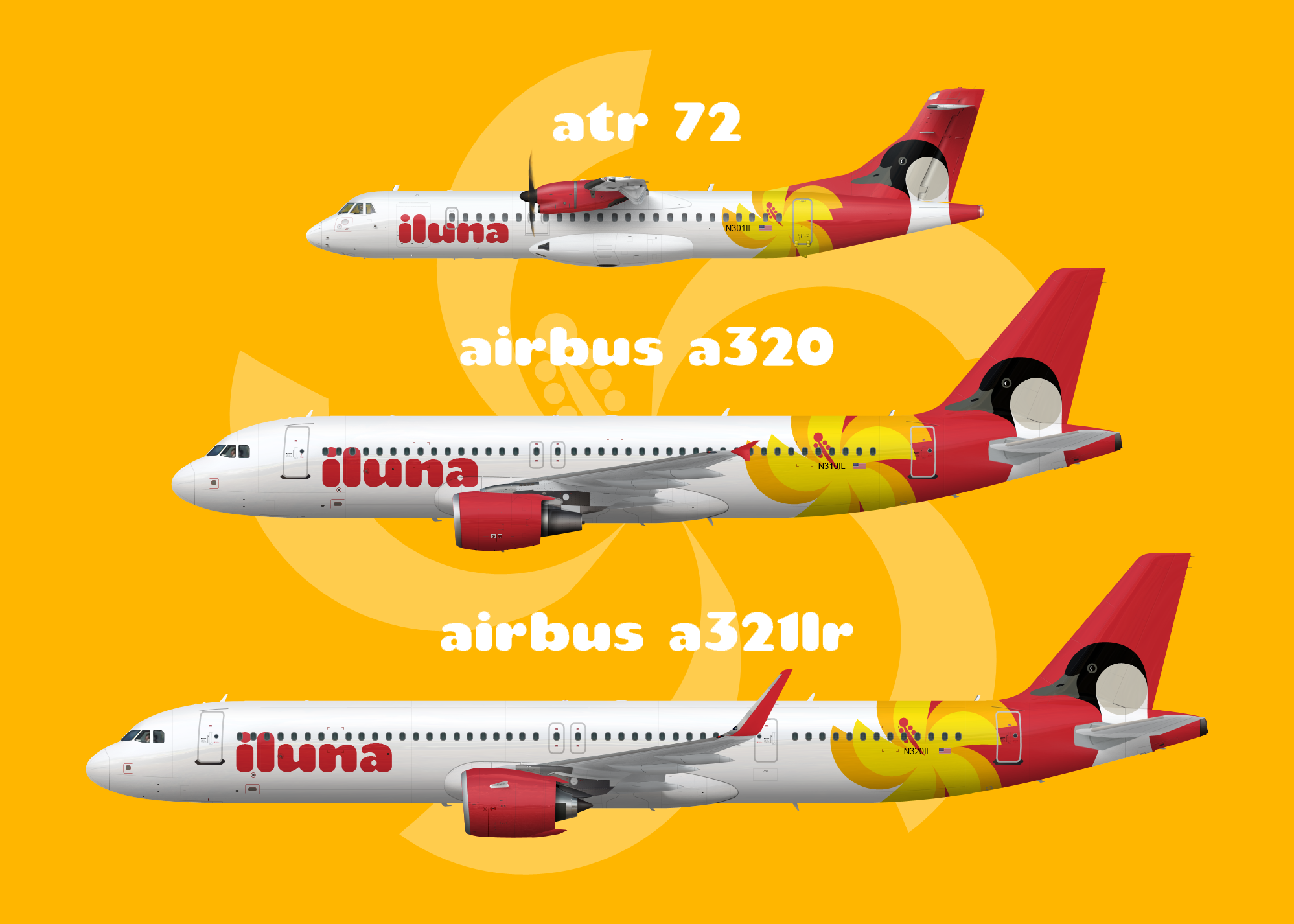 Although Berlinex technically operated as a German domestic airline, it was headquartered in Paris, France; this type of operational arrangement was necessary as only American, British, and French carriers were legally allowed to fly to West Berlin's Tegel and Tempelhof Airports prior to German reunification in late 1989. CAF has had a long history at West Berlin, and operated its first Paris Orly-Berlin Tegel flight on 2 January 1960 with a stopover in Frankfurt. From here, the airline would begin flying regular once-weekly services to and from Tegel, which until then was used only for military purposes. A second weekly flight would launch in 1977, though this time all flights would stop over in Düsseldorf instead of Frankfurt.

Passenger traffic on internal West German routes to and from West Berlin would experience a decline throughout the late 1960s and 1970s, prompting CAF to abandon this market in 1969. From this point on the airline's presence at Tegel Airport was truncated to operating just one or two daily flights to Paris, a move that would leave CAF at a competitive disadvantage compared to its stronger rivals British European Airways (later British Airways) and Pan American World Airways (Pan Am). The perceived lack of competition in a growing market coupled with criticism of Pan Am's internal German operations, as well as the desire to establish a bridgehead in Europe in anticipation of European air transport liberalisation, resulted in other US-based carriers expressing an interest in breaking the long-standing BA/Pan Am internal German duopoly in West Berlin, with American Airlines, Continental Airlines, Delta Air Lines, and Trans World Airlines (TWA) proceeding to apply to be licensed to begin operating scheduled internal German services from West Berlin. This in turn provided the impetus for CAF to partner with Lufthansa to secure a share of this expanding and potentially lucrative market for themselves.

The only way for CAF and Lufthansa to compete successfully in the West Berlin market was by establishing a subsidiary with substantially lower operating costs than those of the incumbent airlines, thus paving the way for the formation of Berlinex (France). CAF would own a 51% share of the newly formed subsidiary while Lufthansa would own the remaining 49%. CAF's majority stake in Berlinex would make the airline a legal French entity, which in turn would enable it to conduct commercial operations in West Berlin. To make the newly formed airline cost-competitive with incumbents BA and Pan Am, Luton-based UK independent Monarch Airlines and its sister company Monarch Aircraft Engineering were contracted to provide all aircraft and flightdeck crew as well as the aircraft's maintenance support under a wet lease arrangement. All functions other than employing and managing local flight attendants, as well as the operational management of the airline, would be outsourced.

Operations commenced on 7 November 1988 with four Boeing 737-300s leased from Monarch, operating high-frequency shuttle services from Berlin Tegel to Cologne/Bonn, Frankfurt, Munich, and Stuttgart. For the 1989 summer timetable, a fifth 737-300 was leased from Monarch to increase weekday frequencies on the existing four routes, as well as to allow for the launch of new services to Düsseldorf and Hamburg. Berlinex would also enter the short- to medium-haul charter market from West Berlin to help it maintain a high aircraft utilisation on weekends when frequencies on its scheduled route network were reduced.

By 1990, Berlinex's fleet had expanded to seven leased Boeing 737-300s with the addition of three more airframes leased from CAF. This helped Berlinex firmly establish itself as the third-largest airline operator at Berlin Tegel—a position previously held by UK-based carrier Dan-Air Services. At this point, Berlinex made a name for itself in the Berlin air transport market and acquired a loyal customer following as a result of its high-quality in-flight service modelled after CAF. This, as well as its low-cost base, helped make the airline profitable within a relatively short period of time with an average scheduled load factor of 60%.

Following German reunification on 3 October 1990, CAF reduced its stake in Berlinex by 1%, while Lufthansa increased its stake by the same amount. This resulted in both airlines becoming equal owners of Berlinex and also resulted in the airline dropping the "France" suffix from its name, including its physical removal from aircraft fuselage titles. German reunification would forever change Berlinex's strategic role for Lufthansa in the Berlin market, with the German flag carrier subcontracting it to operate some of its own internal German services from Tegel for a limited period; Lufthansa would gradually replace Berlinex's aircraft and employees with its own planes and staff over the next several months. This was part of Lufthansa's contemporary corporate strategy to re-establish its presence in Berlin as quickly as possible after a politically enforced absence of 45 years, and as a consequence of its new strategy for the Berlin market, Berlinex's presence gradually diminished from Germany's skies.

Berlinex was finally shut down in December 1994, resulting in the return of its remaining three 737-300s to Monarch Airlines.

Berlinex's logo consisted of an abstractly styled "BX" initialism (referencing the airline's IATA code) combining CAF's red and blue with Lufthansa's yellow in the form of a chevron pointing west (referencing West Germany). The logo was prominently displayed on the tailfins and engine cowlings of Berlinex's livery, which sported a distinctive dark blue body with a thick red cheatline, white underside, and the airline name in white semibold text above the windows.

CHXpress AG/S.A. is Switzerland's first and only all-cargo airline, first established in 2000 as a joint venture between Swiss Post and the Mediterranean Shipping Company (MSC), both of whom still remain as the airline's two owners. Swiss Post owns a 51% stake in the airline while the remaining 49% is controlled by MSC. CHXpress operates cargo flights to 60 international destinations from its bases at EuroAirport Basel-Mulhouse-Freiburg, Geneva Airport, and Zurich Airport, with the third serving as its largest operating base.

As the sole cargo-only operator in Switzerland, CHXpress serves as an important asset for the local aviation industry, providing Swiss Post with a beneficial revenue stream generated from the transport of air freight into and out of the country. The airline's establishment also provided MSC, a well-known international shipping line and cruise operator, its own opportunity to tap into this lucrative industry. Initially commencing operations with a pair of Boeing 767-200F aircraft flying intra-European routes, CHXpress has progressively expanded its air cargo network to key destinations in Africa, Asia, the Middle East, and the Americas over the course of its lifetime. Today it ranks as the second-largest all-cargo carrier in Europe after Luxembourg's Cargolux, operating a fleet of six Airbus A330-200F, two Boeing 737-400F, and six Boeing 777F aircraft.

The name CHXpress is a portmanteau of Switzerland's universal CH initialism (derived from the country's Latin name Confoederatio Helvetica for "Swiss Confederation") and the word Express. The logo is a stylised rendition of the iconic Swiss cross in the form of an open box with the "CHX" wordmark in the middle. The livery is characterised by prominent usage of red, yellow, and black—a colour scheme derived from its founding owners MSC and Swiss Post. Red is derived from Swiss Post's cross logo, whereas yellow and black form a commonly shared colour scheme by both parent companies.

Hi, I am returning to livery design after a long hiatus....may I ask where you got the template for the phone to create the app screen?

In Topic: wHAT DO YOU MEAN I CAN ONLY LEASE 70 AIRCRAFT

Please quit it with the spamming. We're not children.