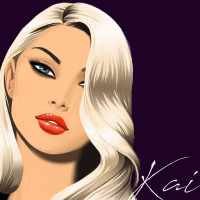 So you haven't met the ass that runs "the empire" in any game worlds that allow more than 2 carriers? He's far worse and causes significant game performance issues.

Does the fact that the routs are flooded really matter? Since the emperor used connecting pax to make money I don't think it really touches the normal pax, so its basically a route without competition.

Depends on the router case, on major routes yes, but in smaller locations it can ruin any chance and also the excessive volumes destroy the airport market share and pax numbers being relevant to anything

You don't realize how easy it is to beat you all.