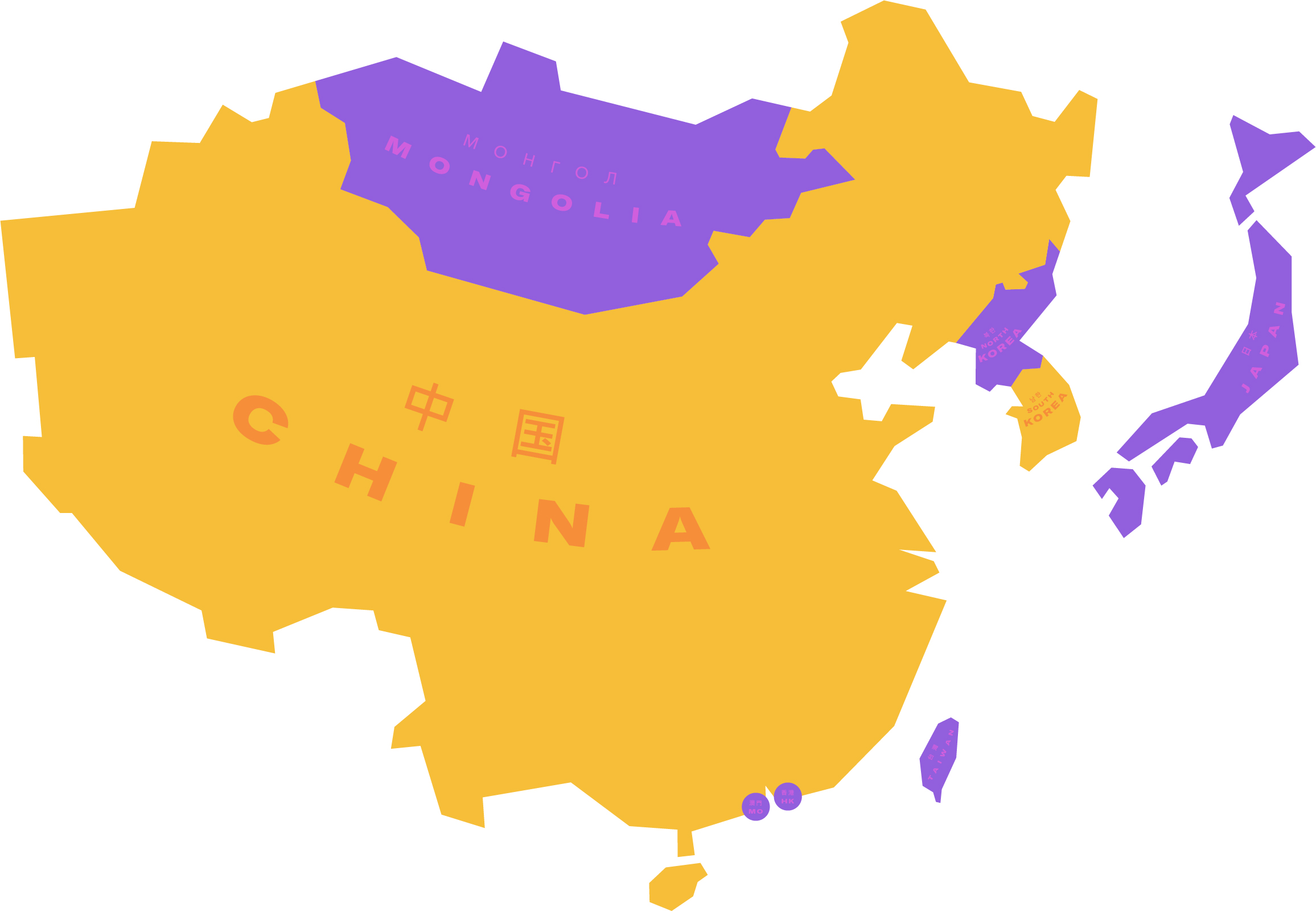 Continuing the latest pattern of design challenges, Boeing 707 and I will be running an East Asia Design Challenge for the next week. Our goal is to get designers to look closely at design features of East Asian cultures, moving past the archetypes that designers lean on and allowing designers to show off their creativity and research.

The same rules will apply:

Designs will be subjectively judged on the following:

The contest will end on Saturday, April 25th at noon, Central Standard Time. We hope to have the results up a day or two afterwards.

Beijing Airlines was founded in 1988 after the decentralization. The airline started out with Boeing 727s and 737-100s/200s and DC-9s/MD-80s. The 727s were replaced by newer Boeing 737 models soon after the founding of the airline. In 1999, Beijing Airlines recieved their first Boeing 777-200ER, sporting a newer and more modern colourscheme at that time which is still used by Beijing Airlines today.

n.x.w.m, I must confess I never saw your profile picture in its larger version, and between the green background and long-ish dark hair I saw on the miniature, I had always assumed it was a picture of professor Snape. Which it obviously isn't, my bad.

Anyway thanks for setting this up

Sakura Air Service - さくら航空 is a small carrier based at Kobe Airport, in Honshū, Japan.

It operates short flights following a low-cost model of simplified fleet (of only ATR aircraft), simplified network, simplified onboard service (with buy on board food and beverages, and inflight internet access). 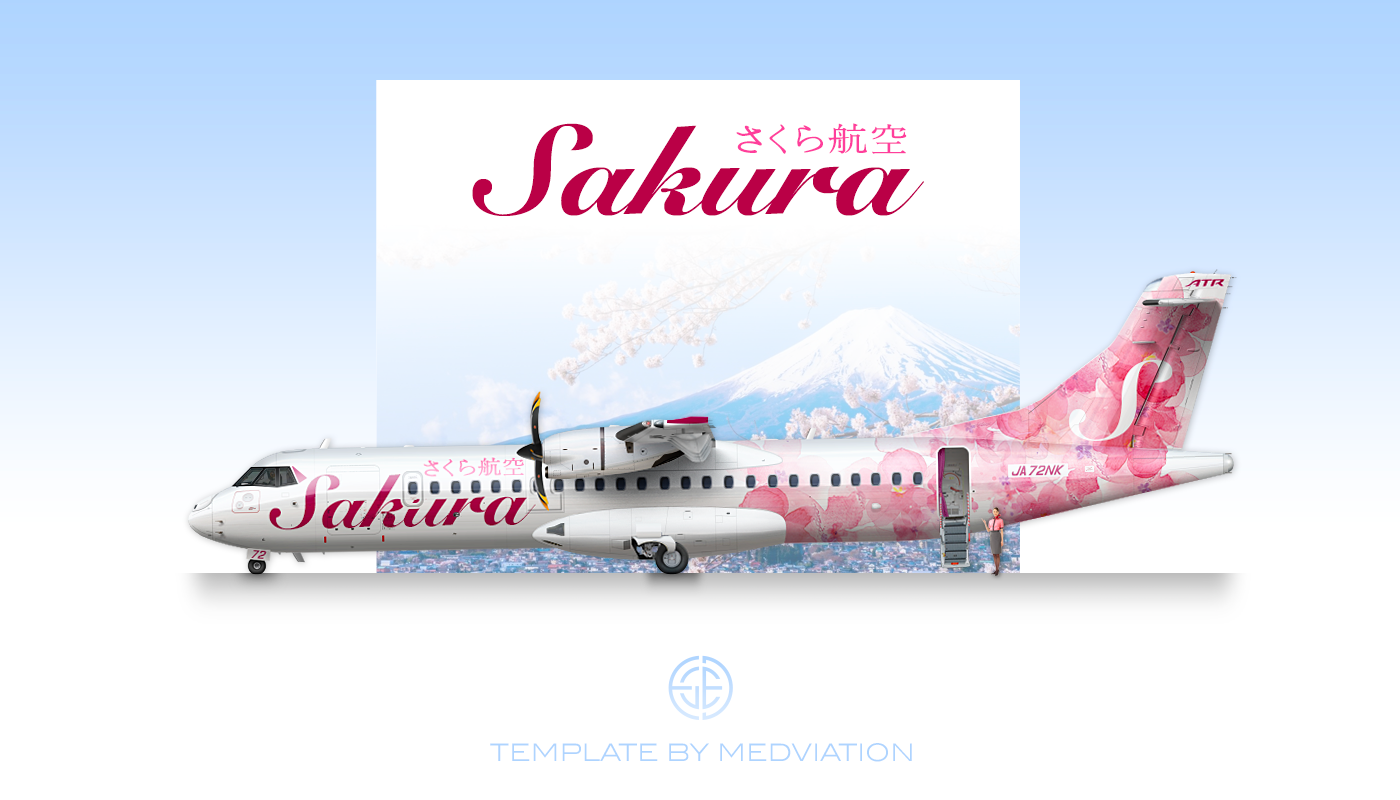 Takao Cargo Airlines was founded in Tokyo in 1999. Operating a fleet of 14 767-300Fs, the airline is a domestic and regional cargo carrier in Japan and select destinations in East Asia. Named for Mount Takao, the airline operates its largest hub in Tokyo at Narita International Airport, and a secondary hub at Kansai International Airport in Osaka.

Lanhua Airlines was founded in 2015 by the Chinese Government as a response to the ever-growing population. Lanhua's main hub is at Chengdu Shuangliu International Airport and has a fleet of 15 Airbus A220-100s. The main purpose of Lanhua is quite literally what the slogan says, "连接共和国" or "Connecting the Republic." and offers flights to over 30 destinations across China to smaller, regional airports that connect these rural communities to larger cities such as Beijing, Wuhan and Shanghai. Recently, Lanhua has been looking at expanding with offering flights to as many regional airports as possible along with offering flights to Taiwan and Hainan. According to local sources, Lanhua has also been looking at expanding it's fleet to include some larger aircraft on higher demand routes.

welp we know what country to avoid

Noonchi is a Korean "midfare" airline that aims to provide the best comfort for the best price, Noonchi/Nunchi (눈치) is a Korean concept signifying the subtle art and ability to listen and gauge others' moods. The airline strives to be the best airline by offering the best customer service by doing a better job at listening to the customer. It tends to trade blows with Asiana.

The airline got off the ground in 1990 as Hankook Tires trying to compete in the aviation industry with Kumho Tires who started Asiana two years prior. The airline eventually expanded to offering a couple hundred destinations around the world with its fleet of Boeing 777-300ERs, Airbus A330neos and A350-900s and in eastern Asia with A321neos and Airbus A220-100s and Boeing 717s.

China Pacific (Full name China Pacific Airways) is the flag carrier of Taiwan. Based in Taipei, the airline was established back in 1954.

Air Honshu Co., Ltd. (Japanese: エアホンシュウ株式会社 Ea Honshū Kabushiki Kaisha) is a Japanese long-haul low-cost carrier (LCC), co-founded on 1 April 2018 by the Mitsubishi Group and Hideo Sawada, the former chairman of travel agency H.I.S. Co., Ltd. Originally planned for launch before the start of the now-postponed 2020 Summer Olympics in Tokyo, the start of operations has been delayed to 2021 due to the COVID-19 pandemic. The airline will operate an all-Airbus fleet composed entirely of A330 aircraft, starting with the lease of two A330-200s from Northern Airlines (N155WP and N156WP). All aircraft will be fitted with business and economy class cabins.

As its name implies, Air Honshu will operate medium- and long-haul flights from Haneda and Narita Airports in Tokyo and Kansai Airport in Osaka (both located on Honshu Island) with a focus on international markets that are not adequately served by Japanese legacy carriers. The airline would operate on a hybrid business model to attract both business and leisure travellers, with the goal of offering premium amenities and high-quality service at affordable airfares.

I know I won't be getting a lot of those sweet sweet originality points this time but I really like Cathay Pacific's old livery so I just based my livery for this challenge off of that.

Serica Pacific, named for an ancient Greek word for China, is based in Macau. It's a remnant of when Portugal occupied Macau that has operated since the early 60s. Today, it's owned by the Lisbon-Macau based firm Matal which also owns a wide variety of other things but has roots as a Portuguese shipping company chartered in the 19th Century with a monopoly on a large portion of European-Chinese trade. Their aircraft are a common sight at airports all around Asia.

Tibetan, the flag carrier of The Tibetan Autonomous Region, was founded in 2003, to better connect Tibet to the outside world. They are based in Chengdu Shuangliu International airport. It also serves as there hub. They fly short haul routes with a319s and a321 aircraft. They fly medium haul routes with the a330 and 787-10. All long haul routes are served by a350-900s and 777-300ers. The logo is an abstract form of the Tibetan Flag.

Lotus Airways is a full-service carrier based at Macau Intentional Airport (MFM/VMMC). They were founded in 1992 and operate a fleet of 23 Boeing 737NGs and 737 MAXs. Japan Airways is the flag carrier of Japan, operating continuously since the early 1950s. Shown here are an A340-300 and 777-300ER wearing the airline's latest livery. The carrier was the Asian launch customer for the A340-300, ordering over twenty aircraft for use on long-haul (mostly Transpacific) routes, supplementing the airline's small fleet of 747s. However, with the introduction of the 777-200ER into the fleet in the early 2000s and 777-300ER in 2009, these A340s have mostly been relegated to South-Asian and Australian routes, with many aircraft of the type already being sold off. The 777-300ER, meanwhile, has been the airline's flagship aircraft for years, serving on most North American routes, as well as to many of the prestigious European destinations. JA739A is pictured here wearing a sticker advertising the Tokyo 2020 Olympics, which have unfortunately been postponed until 2021 because of the COVID-19 pandemic. Additionally, due to the pandemic and ensuing slump in air travel demand, Japan Airways has severely cut service, storing its entire 777 fleet at Tokyo Narita. The A340-300s have been put back into Transpacific and European service because of their lower capacity, once again serving on the routes they were ordered for, albeit temporarily.

None of anyone's interest

Started as Kansai based Hien Air Charter in 2011, It slowly changed into a full-scheduled carrier with routes mainly to southern parts of the country.

In 2019, the airline joined Azuma group and strengthen the groups existence in destinations south of Kansai.

Also in 2019, Hien revitalised their fleet with the new Airbus A220-100 to replace a couple of Boeing 737-300s they had been using since the beginning of their establishment. Currently, Hien's fleet is three planes strong. The fourth airframe was planned to arrive at the end of 2020, but at the moment its delivery is postponed due to the Covid19 pandemy, and will possibly be cancelled.

Being a relatively new airline, Hien's airplanes sport no livery with the exception of one (JA357N) which carry a trial livery scheme unofficially called the 'Tsubame'. There's no clarity if the paint scheme will be adopted to the rest of the fleet, but to date, the remaining Hien's planes are still just plain white.