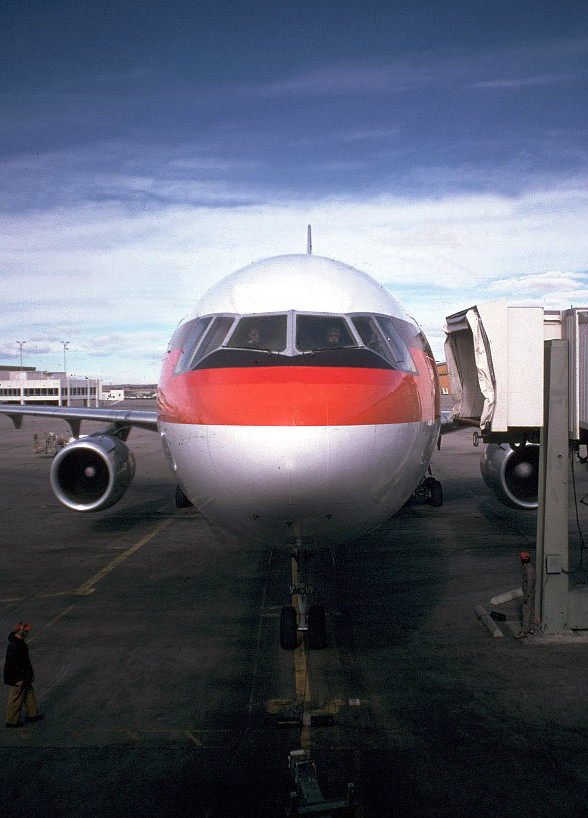 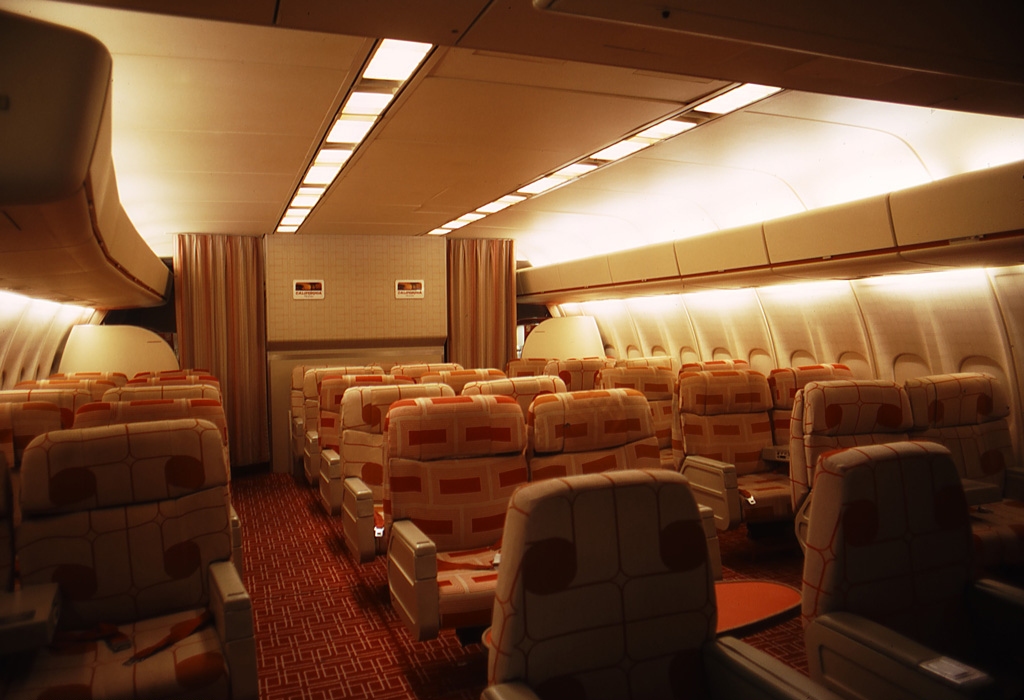 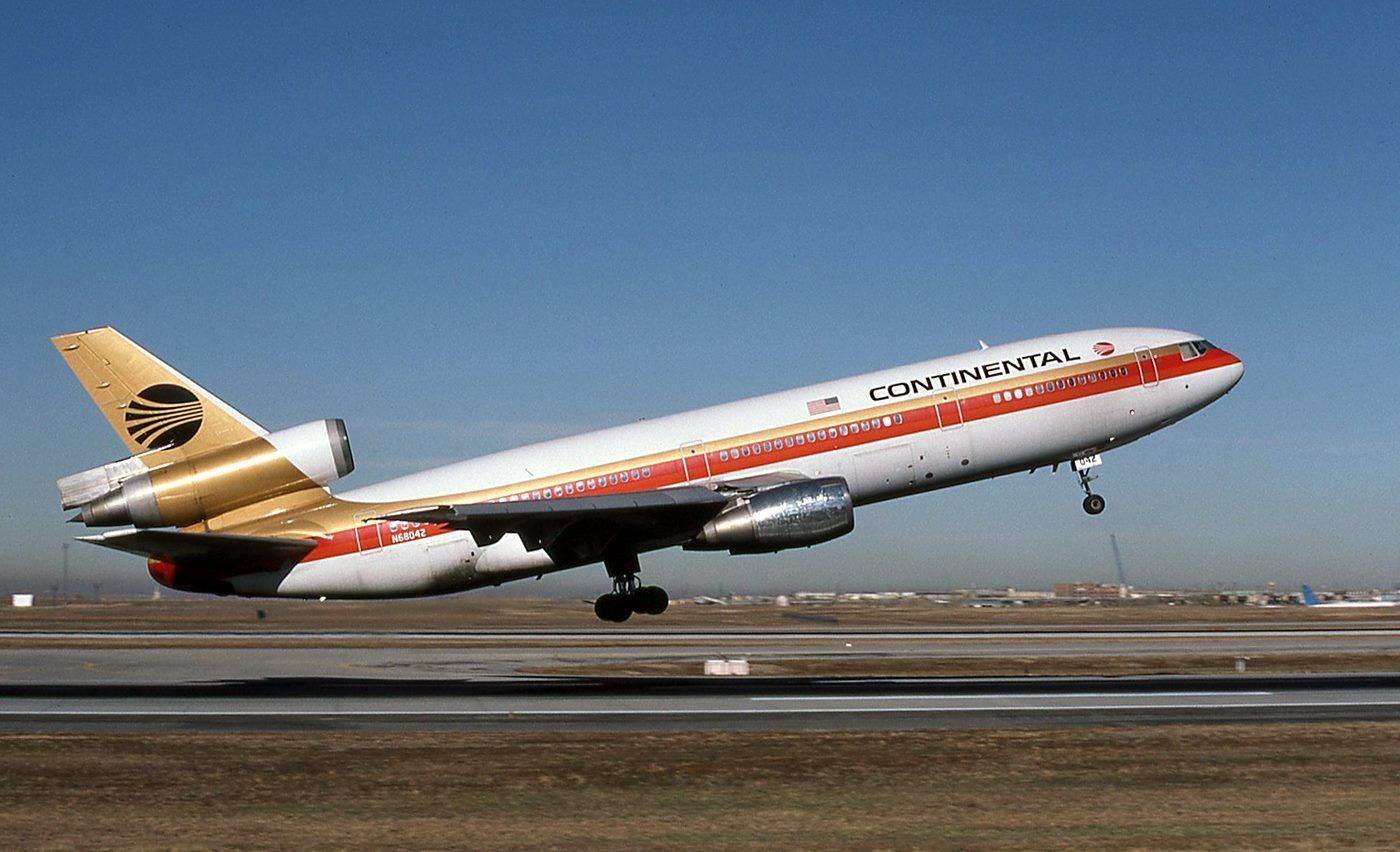 In the early 1970s, Continental, for its size, had ambitions that matched the likes of the giants. Insistent on widebody aircraft, CEO and Chairman Robert Six demanded that Continental place orders for both the Boeing 747 and McDonnell-Douglas DC-10. After becoming a launch customer of the 747 in 1970 (a distinction shared with Pan Am and TWA), Continental went on to place an order for 11 DC-10s, supplementing the 4 747s they had purchased the year before. The DC-10 went into service with Continental on June 1st, 1972. Six's bold insistence would prove to be prudent, as with the 747, routes served by the DC-10s would quickly grow from their bases in Denver, Chicago, Houston, Los Angeles, and Seattle. The service provided stimulated the market growth so much, that within 4 years, they had matched long time rival United in terms of market volume served. This was aided by the fact that Continental had wisely chosen hubs, with Houston, Seattle and Denver topping growth charts in the 1970s. The busiest route for the airline (well into the 1980s) was served by the DC-10 fleet, a triangle between Houston, Denver and Los Angeles.

Throughout the 1970s and 80s, Continental would introduce more service innovations than any other carrier, such as the Coach pub, $99 fare, streamlined maintenance through minimized fleet types, and the hub and spoke system, with the latter beginning to shape the airline into what we would recognize today. The DC-10s would become the flagship of the airline in 1978 after the 747 was phased out, with rising oil prices and various crisis of the 1970s proving they could do the same level of service with the DC-10 for less cost to them. From 1978 until it merged with Texas International, Continental operated only Boeing 727s and the DC-10s.

After deregulation in 1978, Continental expanded like wildfire. With the chain off the DC-10s, President Carter authorized Continental to begin daily round trips between Air Micronesia destination Saipan and Japan, and approved a route for Continental from Los Angeles to Australia via Honolulu, American Samoa, Fiji, New Zealand and both Sydney and Melbourne. A route from Los Angeles to Taipei, via Honolulu and Guam was added later, eventually adding Hong Kong. Domestically, the airline would add eastern destinations like Miami, Ft. Lauderdale, Tampa/St. Petersburg, Washington DC, New York, and Boston from it's western hubs, becoming a truly "Transcontinental airline." The airline suffered in 1979 when the DC-10 was grounded nationwide after a string of accidents, leaving Continental with only the 727 at the time, so flights to Hawaii and beyond were cancelled during the grounding.

In 1981, the airline would be acquired by Texas Air Corporation, and the Headquarters moved from Denver to Houston, centralizing the newly merged Continental and Texas International Airlines. The DC-10 would be joined by the A300 for domestic service, allowing the DC-10s to expand more internationally. One could fly a Continental DC-10 from Hong Kong or Sydney all the way to Paris with two changes of planes. In total, the Continental DC-10 fleet consisted of 49 airframes, broken up between the DC-10-10, DC-10-10CF, and DC-10-30. At its peak in the late 1980s, Continental operated 41 DC-10s at once. In the mid-1990s, new CEO Gordon Bethune would forgo delivery of new 767-300ERs for cash, and acquired used DC-10s to expand the airline.

N68042, which had the longest tenure at Continental from it's delivery in 1972 until it's sale in 1999 to Emery Worldwide, is pictured here as it was when it was delivered to Continental. Additional photos credit to the owner.

On Continental Air-Lines, we really move our tail for you! - The Proud Bird with the Golden Tail.

I am a super Continental fanboy. It was my family's airline of choice from 1994 to 2012 and I have very fond memories of the airline. My favorite thing about them used to be the ice cream service for fist class passengers. I would always get mine with caramel sauce. I love the nostalgia and what a fantastic airline.