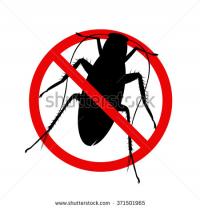 Hello. My name is Candy but you can call me FlyAndCrash if you want as that it my former name. I was born in Philadelphia and moved to Minneapolis when I was 6. I moved back to Philadelphia in July 2017 when I was 12. I love the Airbus A330 and A340 but Boeing is still my favorite manufacturer. Here's how I got into aviation. When I lived in Philadelphia, we flew Delta to get to Atlanta a lot. I got a Delta magazine and I loved looking at the page where it showed the aircraft in the fleet. Of course at the time I was young and the only aircraft I could identify were the Airbus A330, Boeing 747, Boeing 737. And Boeing 757. I also had TONS of magazines for US Airways because US Airways was a HUGE hub for Philadelphia and I flew it a lot. Then I became interested in trains in my year of kindergarten. Then I moved to Minneapolis. I became interested in School buses at then point. I studied them all year. And then in 2nd grade I became interested In Dinosaurs. But eventually it got boring. In 3rd grade I got back into aviation again. I started watching YouTube and I found out about FSX. At the time we didn't have a computer because it stopped working. I found Infinite Flight and I started playing it a lot. Then I got a windows PC and got FSX. The thing that sucked was that the 747-400 was the only aircraft that worked. Whenever I chose a other aircraft, the game would crash when I pressed "Fly". In 5th grade, I got frustrated by this so my parents called geek squad. A few hours later they found out I had to use my parents account for it to work. Later, I started downloading add on aircraft. But with a lot of them, the aircraft turned white. Everybody said to turn on DirectX10 (I don't remember exactly what it's called). It worked but the game crashed whenever I pressed "Fly". A lot of the aircraft were also white when I got world of AI. There was nothing i could do about it. But then my PC upgraded to windows 10 and the problem was fixed!! I started collecting Airways magazines in 2015. In January 2017 when I turned 12, I got a subscription to them for a gift. I've been reading them ever since. Once while I was reading one, I saw it said something about a game called Airway Sim. I was interested by this and I got it a few months later. Since I was new to these kind of games, I sucked at it and my one week trial ended. I tried again with my school email and I still sucked. Then I looked for another airline simulation game and found out about Airline Empires. I made an account with the name of FlyAndCrash. I made a random name because I didn't know it had forums and a community. I started out with sandbox worlds and my first airline was called SkyNorth based at MSP. The I played the sandbox world more and made other airlines such as Nigeria International, FlyRussia, and FlyLumpur. I got rid of FlyLumpur because I finally found out how to be successful in a realistic world so I played Ra with SkyEast. It was the middle of the world but I worked so hard that when it was over, I was rank 40. Then Ra restarted and I made SkyEast an Italian airline.

So that's my origin story. If your new to Airline Empires and you need any help, just message me. I'm a very active member. Bye!


Oh and here are routes I have flown.


And here are aircraft: