So I decided to make a trip report with pictures this time.

This flight was back in October and just forgot to make a TR about it. So here:

So our first flight from BUF-CLT departed at 6:20am which mean't we had to get to the airport at around 5:30ish. Once we got to the airport we went right to the US Airways check-in then proceeded to security which was surprisingly busy for 5:45am. Strange thing about Buffalo is how ~15-20 flights arrive and depart between 5am and 9am. Security was about 10 minutes due to us getting in the longest line and being behind people that knew next to nothing about airport security.

We got to our gate after getting a breakfast sandwich and coffee from an airport restaurant. When we got to our gate boarding (Gate 4 I think) had started and we quickly got onto the plane. 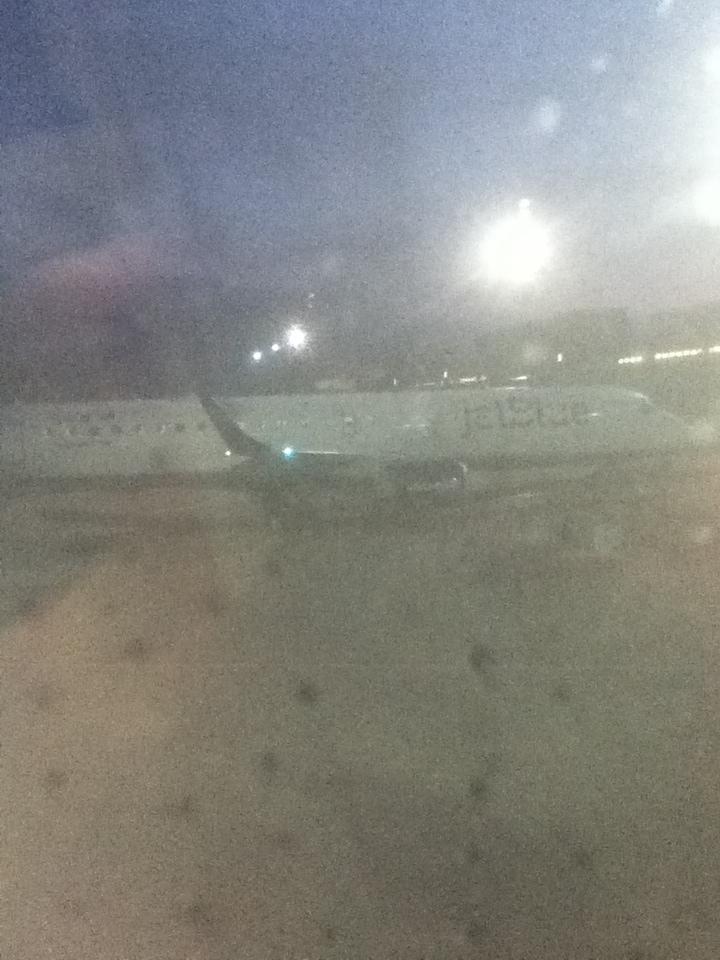 Jetblue E190 parked next to us. 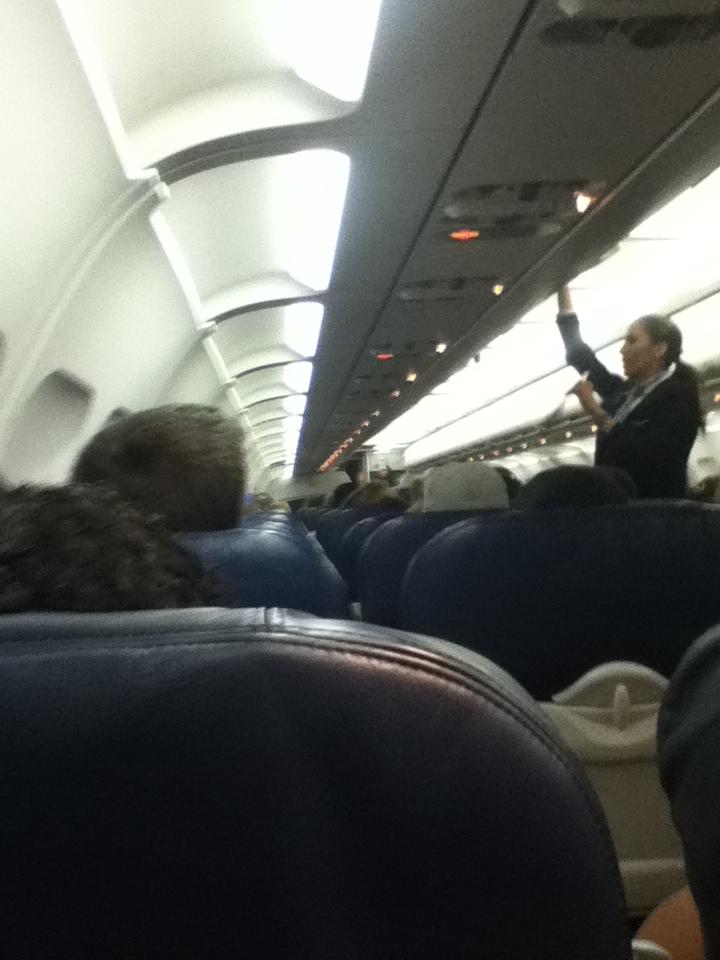 After a quick departure and holding for 5 minutes while taxiing, we finally took off on time. 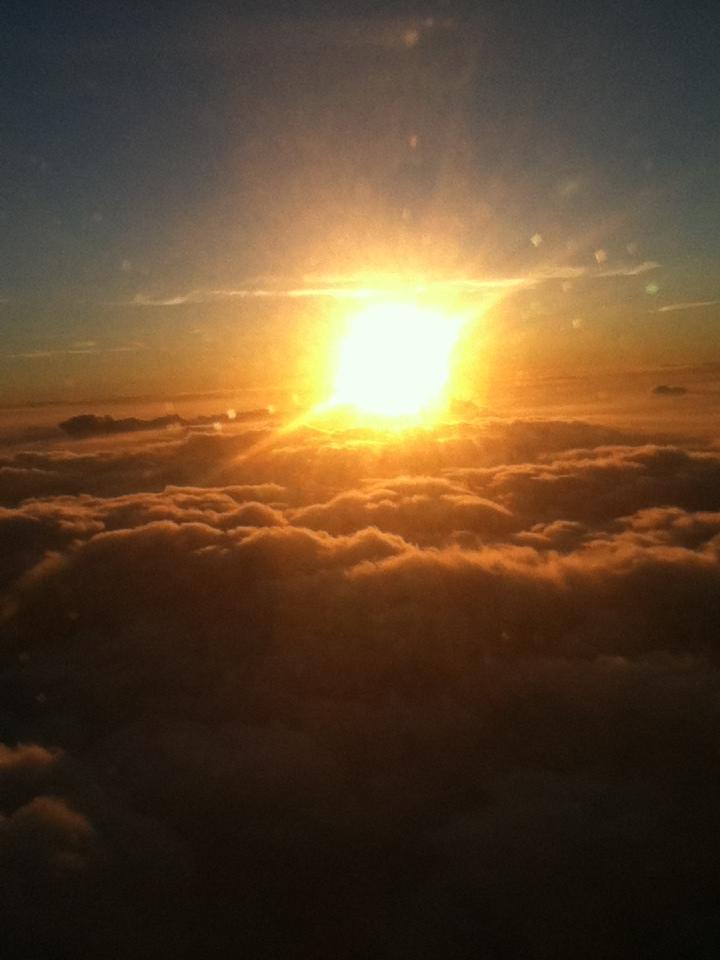 Sunrise above the clouds. 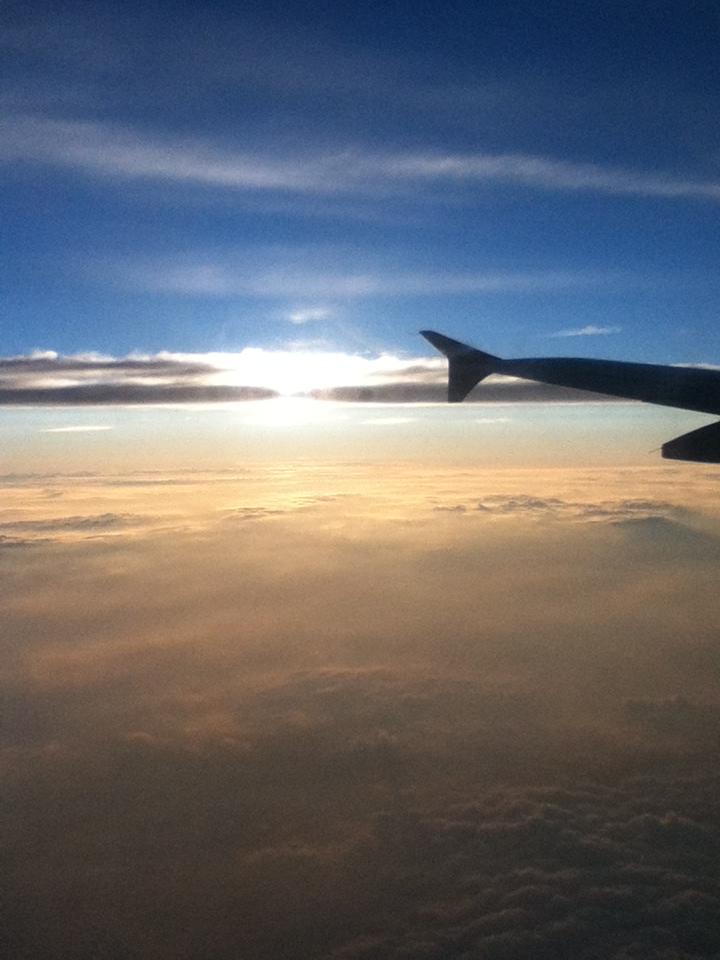 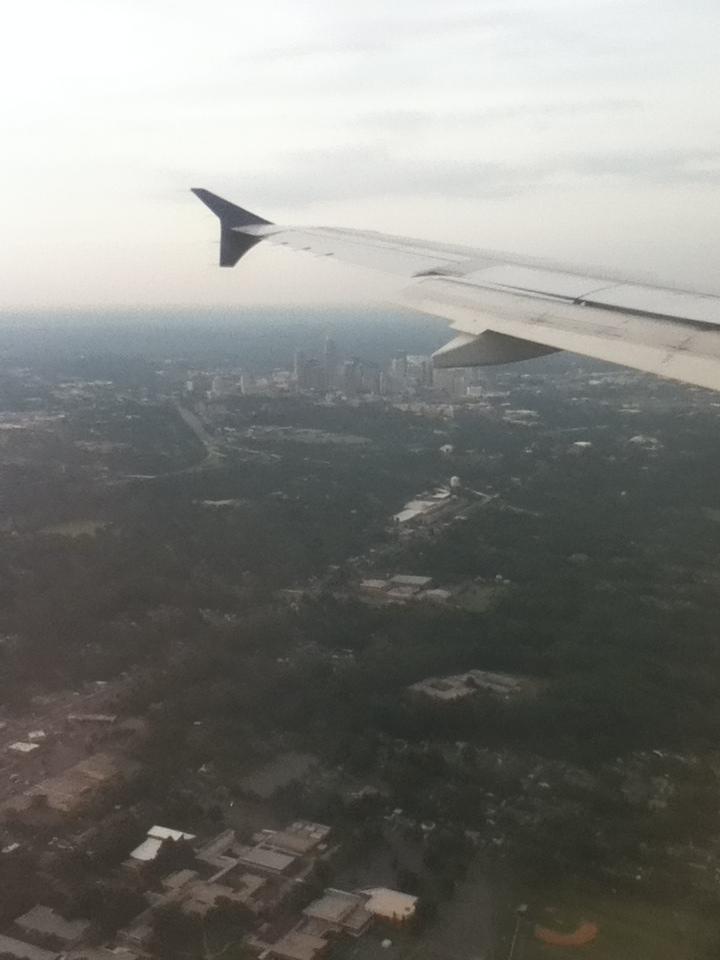 Landing was nice and smooth. Don't remember the runway number that we landed on. Taxi was quick and soon we pulled up to the gate next to an A321 after passing a Philadelphia Eagles A319. 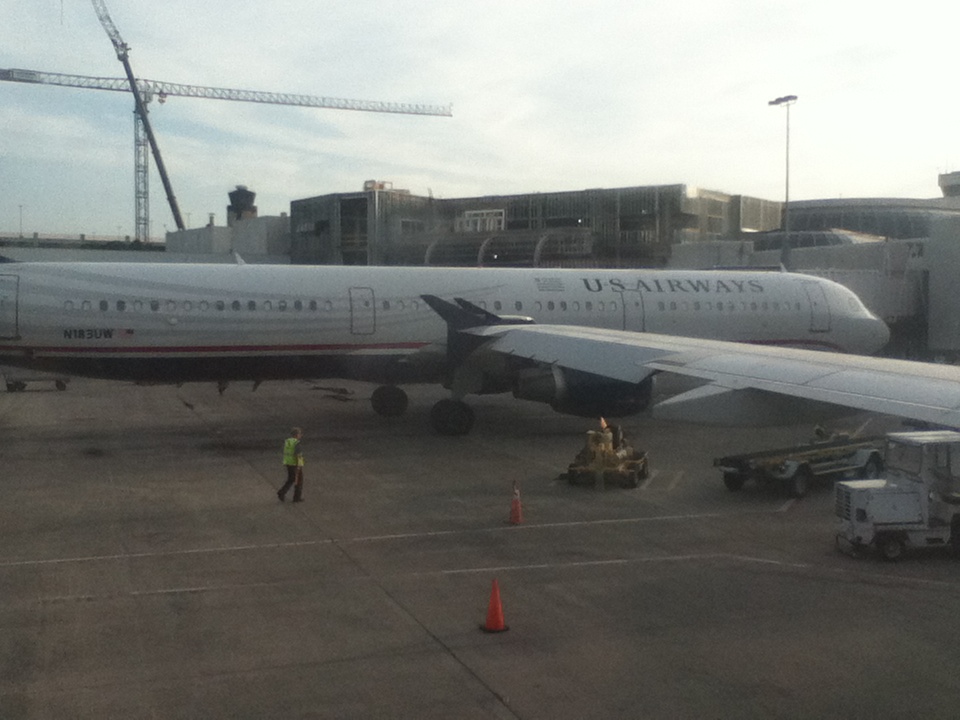 A321 parked next to us. Departing for Seattle iirc.

We slowly made our way to our next flight which would be taking us to RDU. After stopping at Burger King and Starbucks to get breakfast.

Boarding was on time and we almost volunteered our seats ($200 each person in vouchers. And a ticket for the next flight 2 hours later.)

Only picture of that flight was a sad AA A319 that still had the IFE controls in the armrest. 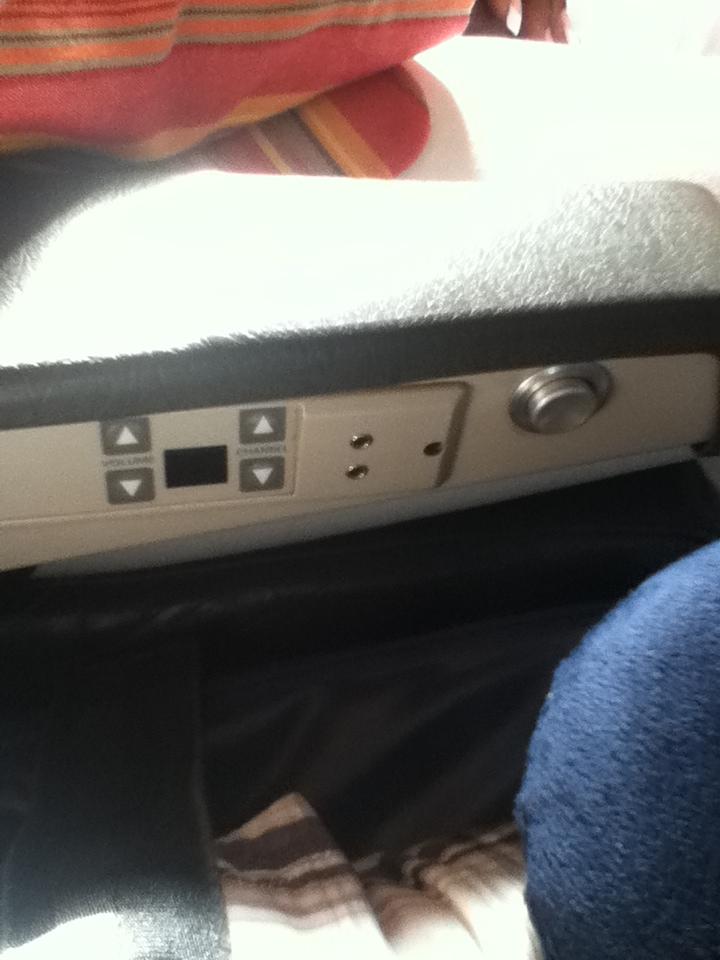 That was an interesting flight as it was only 30 minutes long and we still got in flight service, which was made up of water and orange juice. Another fun thing was that all these flights allowed gate to gate handheld electronics so I was allowed to record the landings.

RDU-DCA-BUF will be posted soon.

That Philadelphia Eagles jet does look good,Thanks for adding the pictures

We checked in at RDU after getting dropped off at the airport. Check In was a breeze and security was almost empty. Airport was also empty. We stopped at Five Guys for dinner before we went to the gate. 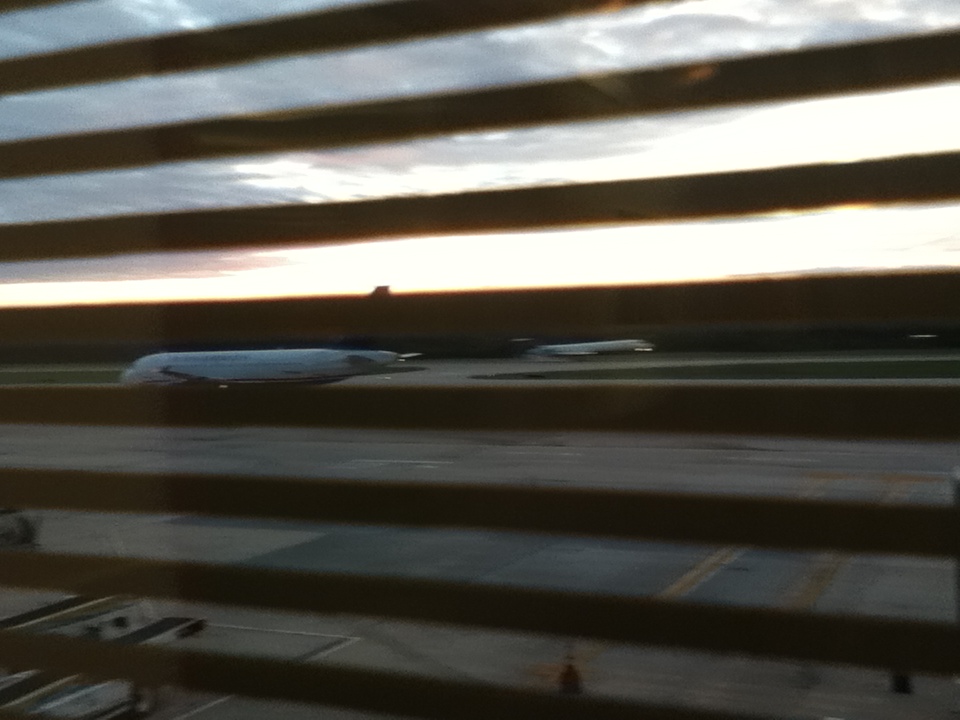 View from our seat at Five Guys. Our flight departed sometime late in the day (8pm maybe?)

Boarding started and ended 5 minutes later. First class and rewards members, Boarding groups A-C had no one in them and D had only 10 people. This flight had about 10 people on it scattered throughout the plane. We departed and taxied through an almost dead airport. Our only pause in the taxi was waiting for an AA 737 in old paint to land. 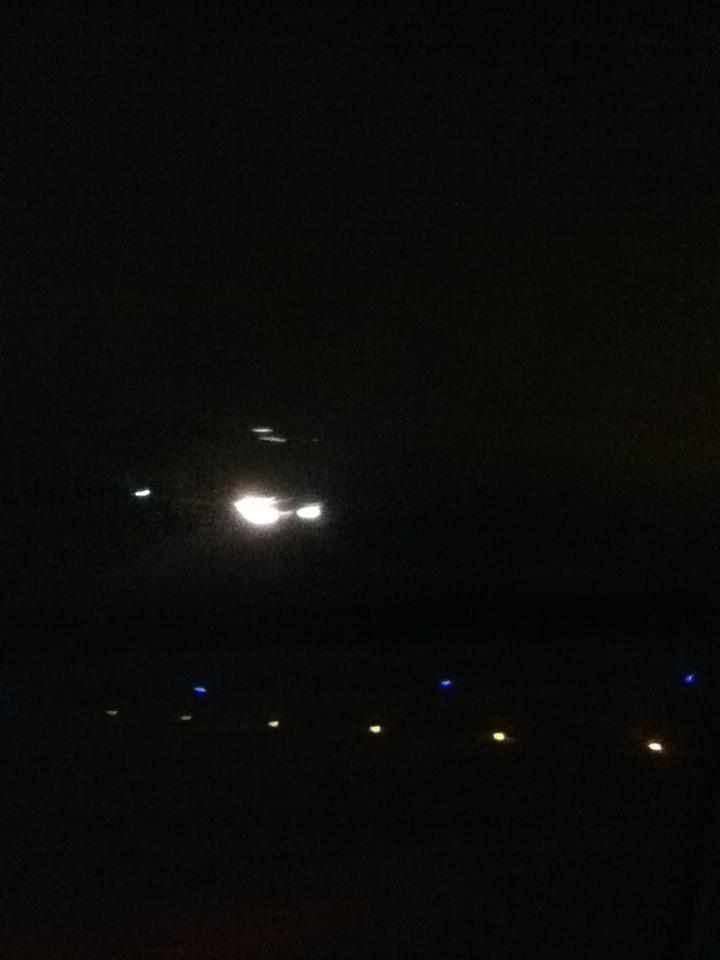 Take off was nice and I must've dozed off for the flight since when I looked out the window we were on approach to DCA. 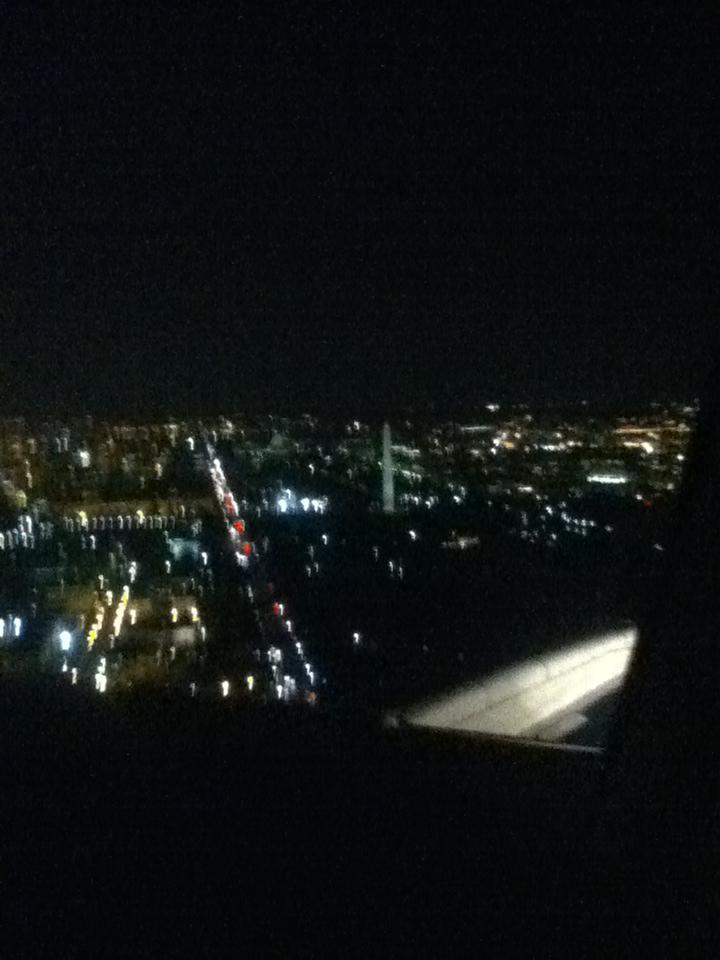 DC with a view of the Washington Monument.

We landed soon after that taking the River Approach into RW19.

Once we landed it was a quick taxi to our gate and a hold so that the gate area could clear out. AA something or other in new scheme at DCA 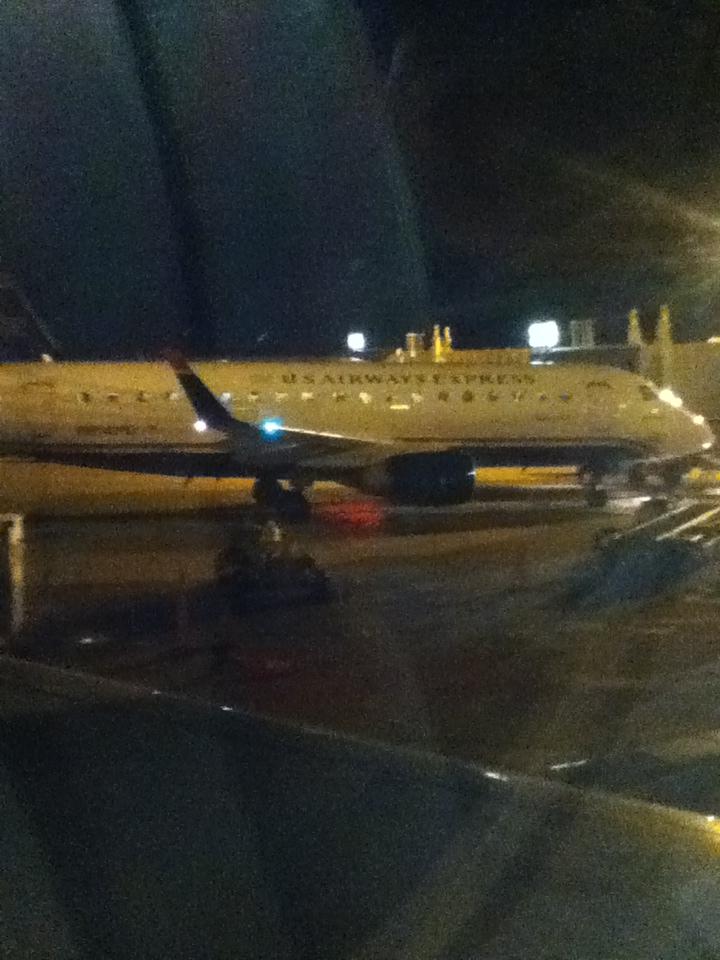 Once we arrived in DCA we didn't have to leave the plane since this was all counted as one flight. This is when the plane filled up to at least 95% load factor. Never got to see this from my seat.

Soon after that it was time for pushback and taxi out of DCA. Tun time was about 20 minutes or so. View of US maintenance facility at DCA.

I fell asleep on this flight again after service since it was now about 10pm or so. All I got was an Iced Tea I believe. 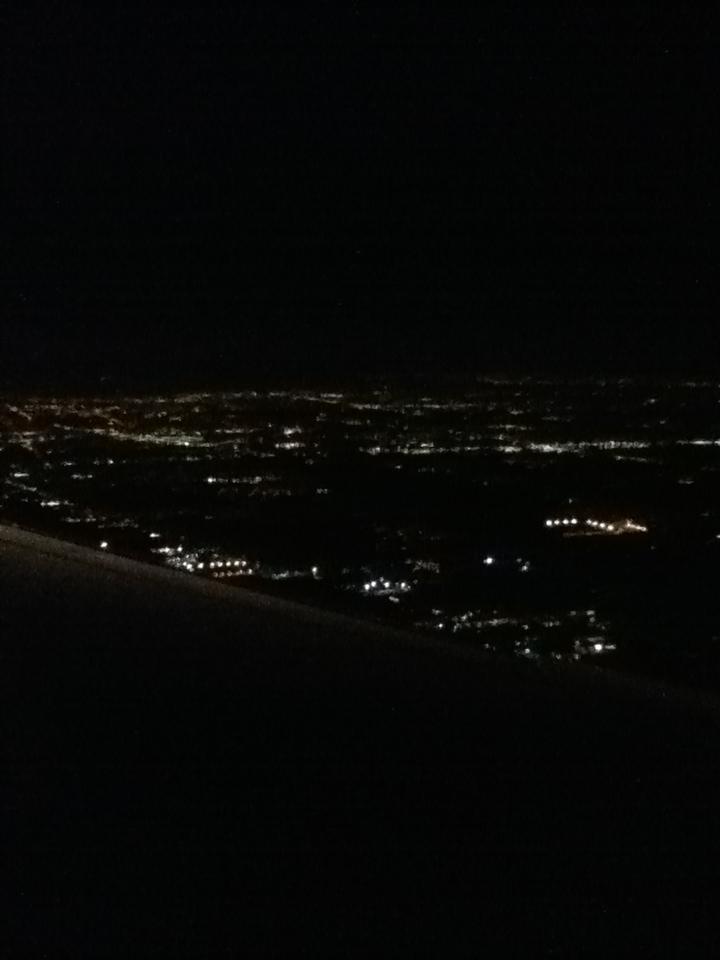 After landing and a quick taxi, we pulled into the gate that was next to the one we had departed from. A319 parked next to us ready to start the journey all over again.

Overall US Airways was fairly nice and fairly cheap for the occasion. I would most likely fly them again.

When I saw the title I thought Boing did another attempt on making a better report... but then I was surprised it wasn't his!

Those pictures are awful.

Those pictures are awful.