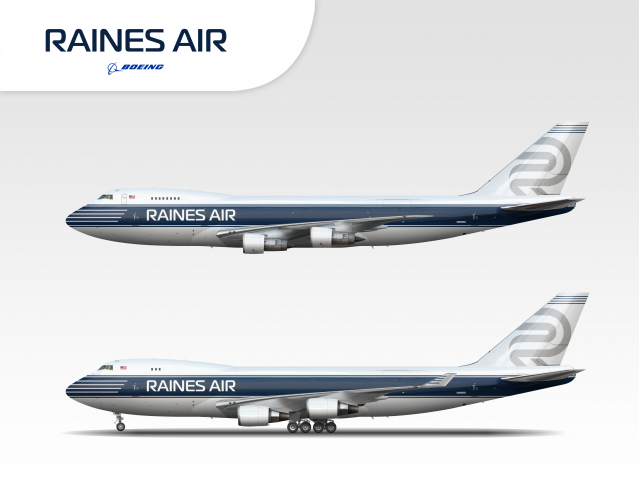 By 2005, Raines Air had finally repositioned itself as a market leader in American air freight. The airline was profitable and had gained a good reputation. The fleet was much smaller and less diverse than pre-2001, as the narrowbody fleet had been sold off or scrapped post-bankruptcy. Nathan Raines decided to maintain an all-widebody fleet, noting how they made more money with larger aircraft than with narrow body aircraft. Thus, the 2000's were a decade of steady growth yet slower expansion.

N496MC was delivered new from Boeing in June of 2003. It was, and still is, based at LAX and primarily does runs from continental America to Hawaii and Asia.

N808MC, like most of the 747-200s acquired by Raines Air, was delivered in 1993. It was stored at Hong Kong while the bankruptcy procedures took place before flying back to its base at JFK in June of 2001. It mainly flew to Europe from the east coast of the US. It was involved in an accident in January of 2005 at Dusseldorf. While landing at the airport in snowy conditions, it overran the runway, damaging the localizer antenna and starting a fire in the number two engine. It was repaired and put back in service a month later. The aircraft would be retired in November of 2011 and was stored st Mojave. It still remains there today partially stripped of valuables.