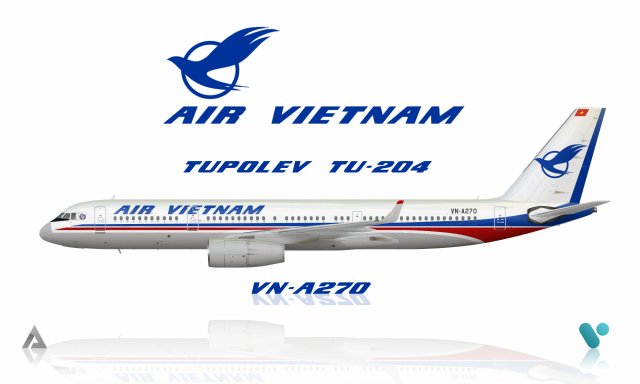 Air Vietnam was established shortly after the major battles of the Vietnam conflict had all ended and organized fighting was in the past. Established by the state in Hanoi, the airline received fifteen TU-134 and aircraft to operate within communist Indochina and China. The airline then received TU-204s to replace their aging fleet. This livery lasted until the late 1990s, when the Soviet Union collapsed, and major funding for the airline had dropped. Changes were made throughout the whole airline industry, and a brand new distinctly Vietnamese identity was then established.