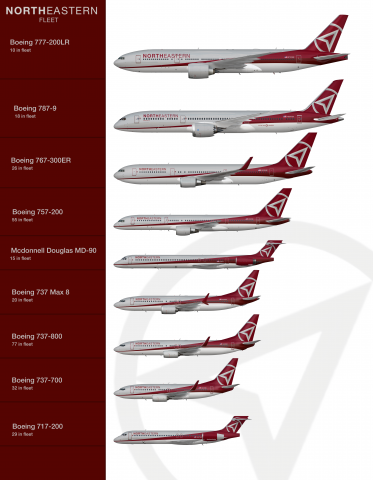 Northeastern's final fleet as of 2016
in 2014 Central Airlines purchased Northeastern
and in March 2016, Central was granted a single operational certificate
Central decided to keep all of Northeastern's planes and orders
this also meant the addition of the Northeastern's hubs in
Pittsburgh,Cincinnati and Raleigh