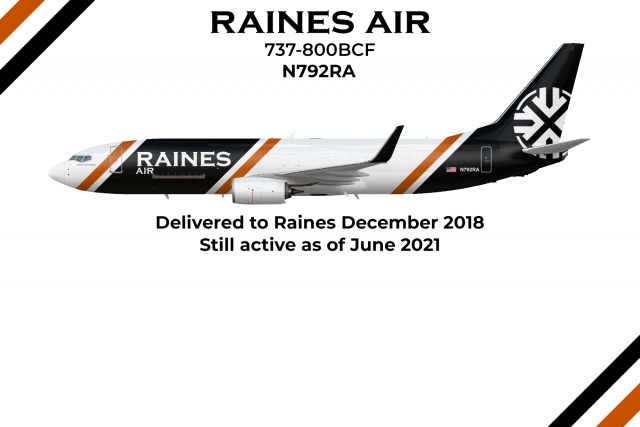 In February 2016, Boeing announced a P2F platform for the 737. In March of that same year, Raines Air Systems ordered 10 of these aircraft. Ever since the 727s were retired in October of 2001 the Raines fleet had a gap for small freighters. They had bought these 737s in the hopes of bridging this gap.

In December of 2018, the first 737 was delivered and had its' first flight. This was N792RA. The 737s do flights from small airports that cannot be serviced by the 767 and flights with less demand. The first flight was from Chicago to Rapid City, as a contract by USPS to help deliver mail from smaller airports. Ever since then, the 737s have done flights to small airports and have proved reliable, and N792RA has proved no exception.