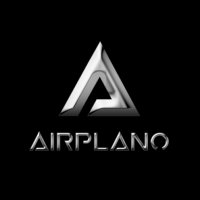 when is judging supposed to be completed?

Well Lars Flüggen born 24th May 1990, why would a two year old child get an airline with russian planes?

I want one myself aswell

apparently is short for fluggenscaften]

Air Almaty is a Kazakh flag carrier and was founded in March of 1990 as a lack of routes and service from Aeroflot opened up the need for a new airline to serve Kazakhstan. Air Almaty's fleet began with one IL-86, five TU-134, and ten TU-154 aircraft. The airline was largely government owned and eventually went defunct in February 2017.

While the airline was in operation it served many central Asian and European destinations, not venturing too far into eastern or southeastern Asia. At the airline's apex in the year 2000, It had a fleet of 87 aircraft of varying types. The most common aircraft types were the TU-154 and the Airbus A330. The IL-86 and later 96 were also flown but were in limited quantity due to the lack of Air Almaty's long haul routes better served by the newer Airbus aircraft.

The airline began to decline in 2008 during the global economic recession. Many changes were made in an attempt to gain travelers and the route tree was significantly cut. The changes ended up losing more money than it was bringing in, and the routes were very poorly managed, with some of the most profitable ones, like Amsterdam and Munich, having service ended in favor of more eastern European destinations. The airline finally filed for bankruptcy in December 2016 and flew it's last passenger flight on February 4th 2017.

Pegasus Aviation owns and operates a fleet of 10 737 Boeing Business Jets, N3358X is the newest, delivered on September 24, 2019.  Pegasus is based at Palm Springs International Airport in Palm Springs CA, but has maintenance bays in Burbank CA, New York La Guardia, and Miami Executive Airport. For the past 20 years, Pegasus Aviation has been flying many of the worlds top known athletes, celebrities and businesspersons. Pegasus has recently purchased 2 737-800BCF Aircraft to help distribute medical supplies in this global pandemic.

This Aircraft, 3358X, is dedicated to Edward DeWayne, one of the Pegasus founders. Each aircraft has a dedication to the founders and top investors.  DeWayne was a CFO for various Australian airlines before coming to the United States. He provided the financial plans and stability to guide the fledgling airline through the September 11 terrorist attacks and was able to stay away from negative profit margins throughout the entire crisis.

The pattern contained within the blue streak varies with each aircraft. DeWayne was a weather enthusiast and a pilot himself, and we made a pattern inspired by the winds, present in storms and able to lift us skyward. The chrome gold contains real 12 karat gold in the paint for added luster and is polished once after landing, and once before passengers arrive to ensure it gleams.

The front entryway features a large seating and welcoming area with a love seat enclosed in a large cubby. It also has a crew lavatory and a small forward galley for preparing snacks and holding drinks for the flight. Immediately aft, down the starboard side hallway is the media and entertainment center. this features ample seating on chairs made of fine Tuscan leather. The semi-circular couch sits in front of a large 72 inch Samsung QLED television, with a media center containing a Blu-Ray player, JBL surround sound hub, and the latest video-gaming consoles. This section being forward of the engines allows for maximum affect of the integrated surround sound audio system.

Aft of the media center is the Master Suite. This includes an en-suite bathroom with shower and a queen size bed. The bedroom also features a large vanity to the side, allowing for easy access to freshen up after a full flight's rest. In the center is the departure lounge, where two comfortable chairs await for the host to be safely seated for takeoff and landing. The master suite is purposely placed over the wings so nothing short of an emergency will rock the bed enough to wake you. Aft of the Suite, are two walk in closets, one on each side. The port-side is a "Hers" walk in wardrobe, while the starboard is a "His."

Continuing further back lies the dining room with available seating for up to ten at a time. It features four forward facing media chairs where an individual or individuals dining can watch a movie, sporting event, or television show of their choice. The dinning area also contains two tables, one for four and one for two. The dining room is located where it is both convenient for all guests and for the location of the main galley where the majority of onboard meals are prepared.

​The final passenger section is seating for the host's entourage. These seats made with the same fashion of Tuscan leather as the rest, have lie flat capability. While no in-seat in flight entertainment exists, there is in flight wifi and media tablets contained in the armrest. The tablets can be fitted to a stand mounted to the side of the seat to mount the media tablet where most comfortable in front of the viewer when reclining or can be held in hand. All seats on this aircraft have standard features of universal outlets, cupholders, and massage functions.

Smaller features are, 18 karat gold fixtures, signed posters of popular aviation films, and a concealed medical emergency room with an operating table in the starboard wall cabinet in the media center. All of Pegasus cabin crews are registered nurses, with about half being licensed surgeons.  A side effect of wealthy clientele is older clientele. Pegasus Aviation is ready for any emergency. To open the emergency room, the semicircular couch is rotated around on it's sliding track, the forward single seat is laid flat, and the top of the cabinet is pulled out. the room then unfolds itself and is stocked with materials stored along the remainder of the starboard side.

Pegasus ensures luxury in flight and N3358X is no exception.