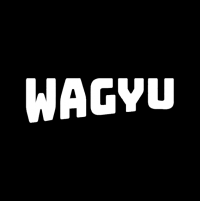 The reason 777 operating airlines are not ordering the 777x is that it is to early to replace them. The current 777 family is reliable and efficient and will be in he far future. When time comes it will be time to replace them and the 777x is a excellent option. Meanwhile the proposed A350-2000 is simply a concept.

P.S If there are changes to be made, let me know and i will have it edited asap. If you do like it, i am able to design an entire fleet for you too!

I agree... AE4 has been in the talks for some time now... I’m still waiting. Also I am still waiting for Premium Economy and stopover destinations to be added.

Recently Oswald has closed its doors and a new owner has been found. The famous Icarus Investment group had purchased the airports' land for 1.3billion AUD. Until plans were made to what was going to happen to the airport, it was used as a private aviation airfield. The airport has had plans to be converted into a metropolitan park with Casinos beaches, docks, sky scrapers and hotels.

Some remnants of the airport still remain. Whilst most of the tarmac has been removed and terminals demolished, The ATC Tower still remains as an observation tower, and the hangars have been converted into luxury rustic style boutique hotels.

You will be remembered!